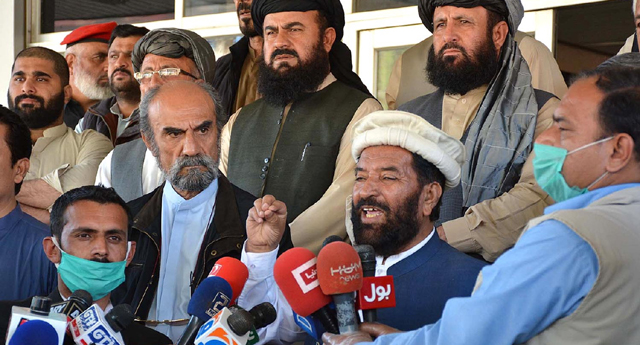 QUETTA: Joint Opposition Parties in Balochistan has fully rejected provincial financial budget for 2020-21 terming the budget as illegal and un-constitutional.

“Corruption has reached on peak in Balochistan but provincial government has finalized budget based on individual based development rather than real development downtrodden people of Balochistan.” Malik Sikandar Advocate alleged the collation government added.

The opposition leader further demanded investigation over mass irregularities during Coronavirus pandemic added our opposition members quarantined themselves in homes while government ministers who infected by COVID19 were seen quarantined in home rather than Sheikh Zahid and Fatima Jinnah Hospitals,

“Supreme Court questioned performance of NDMA during Coronavirus outbreak, government has announced to purchase an air-ambulance under non-development fund, people here unable to get ambulance in government hospitals but current government willing to buy air-ambulance with cost of two and half billion rupees.” The opposition members added.

Taking the jab on provincial government the opposition leader Malik Sikandar Advocate has said, Chief Minister in his budget debate speech announced to establish a company for Rekodik while we have been calling government’s attention toward this issue added the income of mineral rich areas should be spent on development local population.