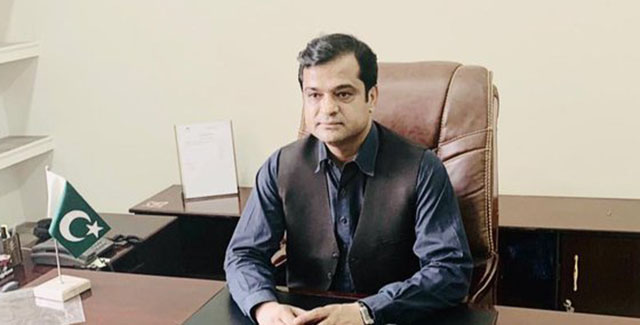 QUETTA: Spokesman to Government of Balochistan Liaquat Shahwani has lambasted on joint opposition over provoking their supporters by spreading false arrest information of sitting MPAs demanding apology from opposition parties.

“Government of Balochistan led by Chief Minister Jam Kamal Khan Aliyani utilizing sheer efforts to uplift development while equal development schemes finalized for all district in next budget.” Shahwani said while addressing a news conference on Thursday here in Quetta.

He added joint opposition was reluctant because they can see now their sinking political future hence attempting to provoke their supporter by spreading false allegations against collation government.

Replying to a query regarding rapid spread of Coronavirus in Balochistan Shahwani said, provincial government earnestly working to curb the spread termed violations of SOPs as prime cause of virus increase in the province,

“Government faces hardship by assisting half million people effected by COVID-19 lockdown in March while 1.7 million people drifted below the poverty line in the province.” The spokesman said added SOPs being finalized for Hotels and Restaurants.

“7% children, 42% youngsters and 6% people above the age 60 infected with Coronavirus in Balochistan but now we have to think how the virus barged inside our home.” He said added people have to decide whether they want full lockdown or ready to implement on SOPs.

“Provincial Government has been working on a health project worth of 13.3 billion rupees that has been shared with Federal Government and we are optimistic that center would help us in implementing the health program against epidemics.” Shahwani added.