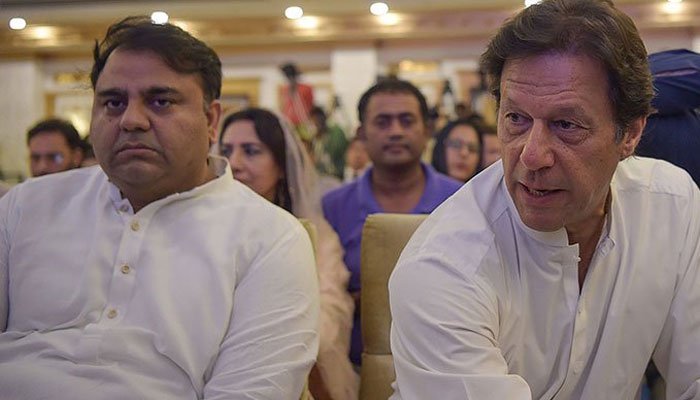 “Nawaz Sharif’s picture from Britain shows that his health is good,” said the minister, referring to a recent picture of the former premier that went viral on social media, in a letter to PM Imran. He added that Nawaz is also not sharing his test reports from Britain with the government which had given rise to suspicion.

“This establishes that British laboratories have not confirmed Nawaz Sharif’s illness,” said the minister. He added that there are suspicions that the former prime minister submitted fake reports to the courts to ensure he moved abroad for treatment.

“Nawaz’s picture in Britain shows he in good health,” said the minister, adding that it seems that the former prime minister had facts distorted in his report to ensure the way was paved for him to escape from Pakistan.

There is a need to investigate Nawaz Sharif’s test reports carried out in Pakistan,” Fawad wrote to the PM. He added that it should be probed as to who has distorted the test reports in Pakistan, adding that an inquiry committee should be established to determine who helped Nawaz escape.

Picture of Nawaz having tea goes viral on social media

Former Prime Minister Nawaz Sharif was spotted enjoying tea with family members outside his son’s office near Hyde Park in London after over two months of isolation following the COVID-19 lockdown.

The photo, seen circulating on social media, shows the PML-N supremo having tea with his grandchildren in the garden of Hasan Nawaz Sharif’s Hyde Park Place office.

This is the first time that the PML-N leader has left his apartment to go out in public after the coronavirus outbreak hit London, a source in the Sharif family said.

According to the source, Sharif took a walk from Park Lane flats to the office — ten minutes away.

As soon as the photo circulated on the media, a war of words broke out between PML-N leaders and PTI ministers and advisors.

Minister for Science and Technology Fawad Chaudhry had wondered whether Pakistanis would trust the accountability system after this or not. He had said that such photos make a mockery of the country’s justice system, law, administration, and judicial system.