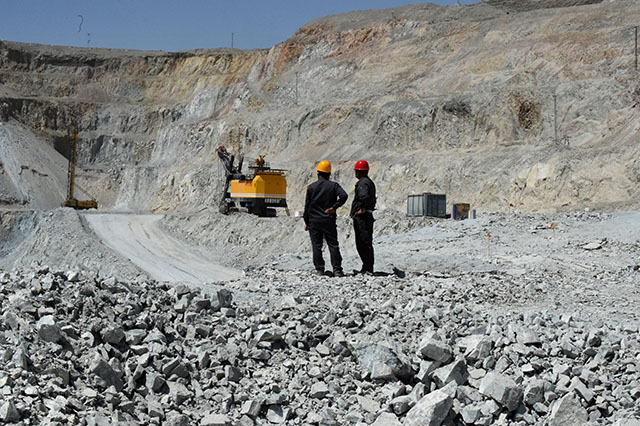 Official sources said here on Monday that the provincial government has also extended the contract of MCC/SML for another 15 years under which the company could continue exploration work on East Ore Body after ending its present contract on 31, October 2022.

MCC, which had working at Saindak-Gold-Com-Copper Project since 2002, had applied the Mines and Mineral department government Balochistan to allow the company for starting exploration work on East Ore Body of Saindak lease area as deposits at the present side of the Saindak lease site have been almost ended and after 2022, the company would have no choice to stop further working at the present site.
Official sources said that the contract agreement between SML and MCC has scheduled to expire on 31, October 2022. The Competent Authority, Chief Minister of Balochistan has approved convoy concurrence of the Government of Balochistan for extension of MMC-SML Contract  for further 15 years beyond 31, October 2022 in order to develop East Orr Body of Saindak Project.

“Extension of MCC-SML Contract to enable investment of US Dollars 45 million by MCC/SML at their own risk area and cost for exploration and development of East Ore Body in Saindak lease area of SML,” official letter said which was sent to the Ministry of Energy, (Petroleum Division, Government of Pakistan.
However, it added that the matter of extension of SML mining lease (valid up to 2025) would be dealt separately as per provisions of Balochistan Minerals Rules 2002.