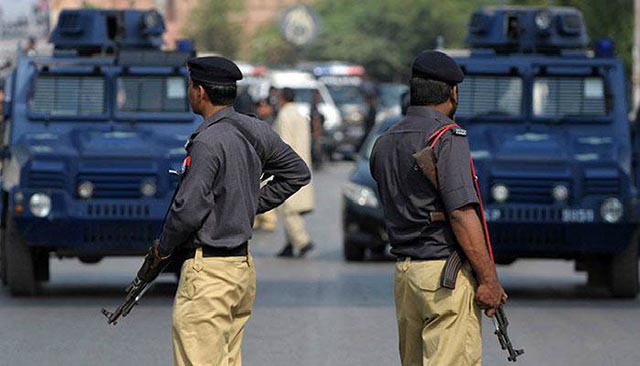 Security forces killed four terrorists who attempted to storm the Pakistan Stock Exchange compound in Karachi in a gun and grenade attack on Monday morning.

Initial reports said that four terrorists, a little before 10am, came out of their vehicle and threw grenades at the compound’s entrance. They then opened fire and attempted to enter the compound but were killed by security forces. At least two civilians have been so far reported dead while multiple injuries have been confirmed.

Police and Rangers officials arrived at the scene soon after the attack and killed all four attackers, Sindh Rangers said. A clearance operation is underway in the vicinity.

Weapons and hand grenades have been recovered from the attackers.

PSX Managing Director Farrukh Khan termed the attack “unfortunate” and praised the security forces for their timely response. While speaking to Geo News, he said the number of people in the compound was lower than normal due since many employees were working from home due to Covid-19.

He said that the terrorists had been intercepted outside the entrance and only one of them had entered the compound. None of them entered the trading hall or the building. He added that trading had not stopped and was still continuing.

Edhi Foundation’s chief Faisal Edhi is also at the site along with rescue services.

Sindh Inspector General of Police Mushtaq Mahar demanded a report of the incident from the DIG South.

Sindh Chief Minister Murad Ali Shah condemned the incident, saying that the attack was “akin to an attack on national security and economy”.

“Anti-state elements want to take advantage of the virus situation,” he said in the statement.

He lauded the “prompt action” by police and Rangers and directed all law enforcement agencies to be more vigilant.

Sindh Governor Imran Ismail condemned the incident, saying: “We shall protect Sindh at all costs.”