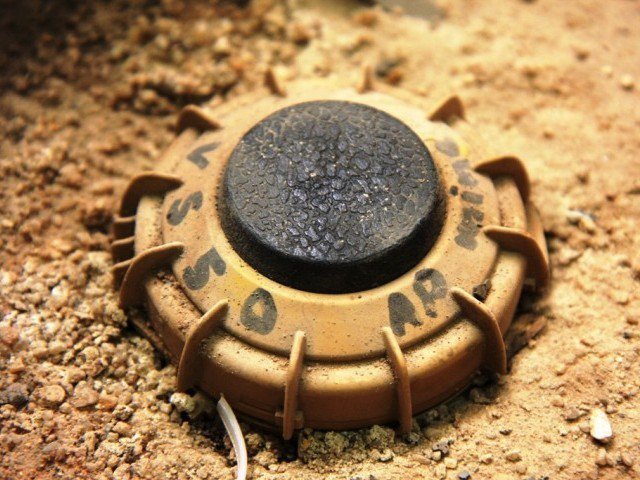 QUETTA: Seven soldiers, including a junior Commissioned Officer have been martyred in two incidents of landmine blast and exchanged of fire in Mach area of Bolan district and Mand area of Kech district of Balochistan late on a Monday night.

Official sources said that six soldiers of Frontier Corps embraced Shahadat in Pir Ghaib area between Mach and Dhadhar of Bolan district when a land mine exploded near the vehicle in which they were traveling. “They were returning back to their  base from Pir Ghaib area after routine patrolling come under IED attack late on Monday night,” ISPR confirmed in a statement issued here on Tuesday. It said that a Junior non- Commissioned Officer (JOC) and civilian driver also embraced Shahadat in the blast.

Sources said that vehicle in which FC personnel were returning to their base camp blown up and all the six soldier lost their lives on the spot. Soon after receiving information FC troops rushed to site and shifted the bodies to the nearby health facilities. ISPR identified the FC soldiers as Naib Subedar Ihsanullah, Naik Zubair Khan, Nail Ijaz Ahmed, Naik Maula Bakhsh, Naik Noor Muhammad and driver Abdul Jabbar. ISPR said that in another incident, took place in Mand area of Kech district of Makran division, during exchange of fire with terrorists a solider embraced Shahadat. He was identified as Imdad Ali. Sources said that security forces have launched search operations in both ghar areas to trace out the terrorists involved in terrorist act.