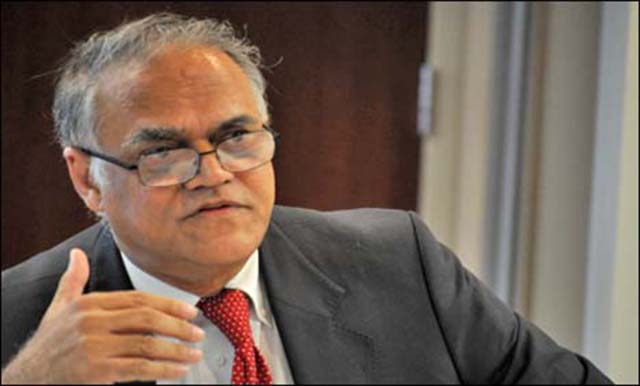 “Javed Jabbar’s association with Balochistan spans about 45 years; as he has supervised the analysis and publication of reports on all past NFC Awards, and would undoubtedly prove his flair in getting due share of Balochistan in upcoming NFC award,” said Balochistan Minister for Revenue Mir Saleem Khan Khosa, Advisor to CM Mohammad Khan Lehri and Parliamentary Secretary BDA Sikandar Khan Umrani here.

They said that though Mr Jabbar possesses modest experience in the subject of political economy.  “He has been striving hard to highlight the miseries of people through different forums.  Filming of a documentary for the UN Habitat conference, Canada in far-flung areas of Balochistan   in 1975 to depict conditions of life for the very poor and disadvantaged is an evident from the fact that he remained so closed to the nerves of the people of Balochistan,”.

Lauding the unprecedented role played by the former federal minister in the social development of the neglected province, they noted that in early 1980s he as co-founder/ present Chairperson of SPO, Pakistan’s leading grass-roots development organization, with offices in Quetta and Turbat , administered work  with dozens of communities across the province to alleviate poverty and injustices and to promote health and education . Besides he had also conducted several initiatives and seminars in the Province on the subjects of environment, health, population, media freedom.

They maintained that as present Chairman and co-founder in 1995 with Dr Hafiz Pasha of the highly reputed independent research centre known as the Social Policy and Development Centre, Karachi he has humbly helped oversee the analysis and publication of reports on all past NFC Awards, including focus on the particular needs of Balochistan. As Member of the National Board of Governors of SOS Children’s Villages of Pakistan whose nation-wide work includes the establishment of the SOS Village in Quetta, he remained familiar with care for the orphaned and abandoned children of Balochistan.

The parliamentarians noted that as a former Senator and thrice Minister in Federal Cabinets , Mr Javed Jabbar have been in regular contact  with eminent political and social leaders of the Province from different parties and sectors  , have hosted development-related events in which past Governors , Chief Ministers , Speakers of the Assembly , Ministers , senior officials and leaders of civil society have participated .

“In views of his expertise and strong association with the people of Balochistan, it is hoped that he would fight for the lion’s share in the upcoming NFC award for Balochistan,” they added.