We had to take the pilgrims, Iran wasn’t able to keep them: CM Balochistan 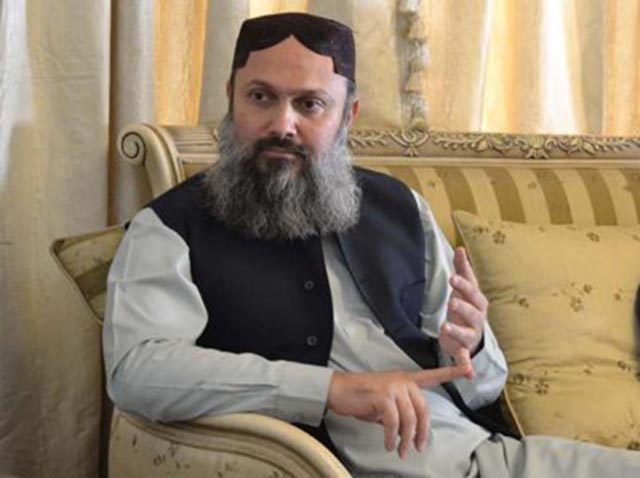 QUETTA: Chief Minister Balochistan Jam Kamal says that facilitating five thousand pilgrims in Taftan was a huge task, as nobody knows, how much government had to take initiatives.

QUETTA: Chief Minister Balochistan Jam Kamal says that facilitating five thousand pilgrims in Taftan was a huge task, as nobody knows, how much government had to take initiatives.
In a video statement, Chief Minister Balochistan Jam Kamal said that after the outbreak of Corona in Iran, their government could not keep our pilgrims there, but we took the responsibility of every pilgrim, coming from Iran, without discrimination.
He said that because of the pilgrims, coming to the border, “we had to take care of them, how we managed to keep 5,000 people in Taftan, only we know that,” he added.
CM said that the administration and doctors there worked extremely hard. A lot of talk had been made in regard to the Taftan, “I was disappointed by politicians, anchor persons and analysts for their remarks. They made fun of the people, doctors and administration Balochistan could not handle 500 guests,” Jam Kamal said.
He further added that “the time will tell, who worked how much,” Jam Kamal said and added that many people Instead of discouraging the nation, encouraging us, many people are doing a great job and these are the real heroes of the nation.
He added that the virus has undergone many changes. “We have to make a lot of changes in our character and our thinking,” he said.
The Pakistan House and Customs House in Taftan. Thousands of people were kept in quarantine centers for 14 days and the quarantine centers were encamped in tents.
The lack of facilities was also identified in the tent camps at Taftan. After the deadly virus was confirmed by the majority of pilgrims Questions were raised over the settlement of the tents, in Taftan, whose video also went viral on social media, after which Taffan was declared the epicenter of the outbreak in the country.