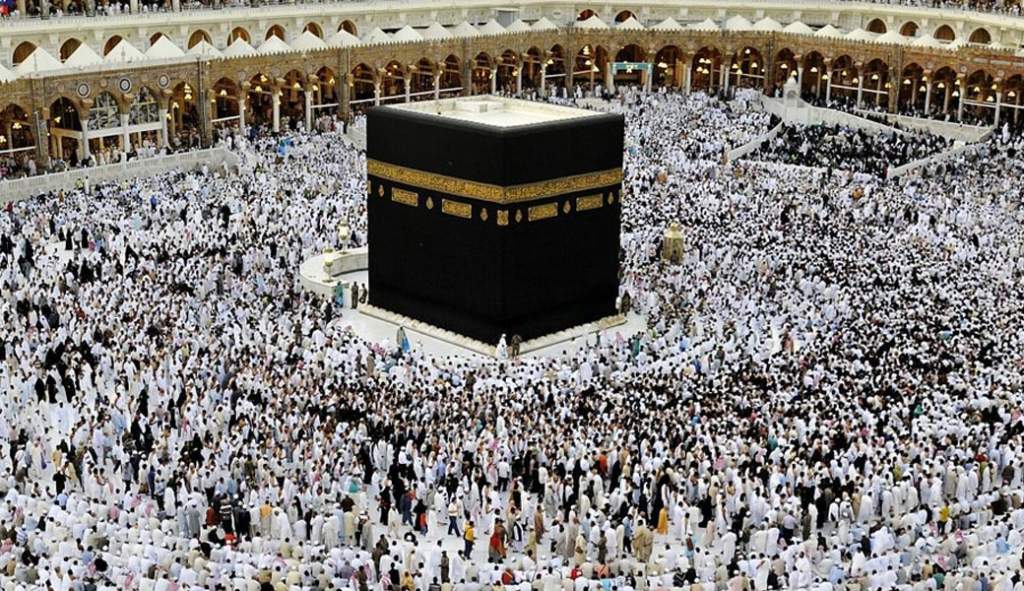 ISLAMABAD: In wake of the spread the novel coronavirus pandemic across the globe, the Saudi Arabian government on Thursday halted signing of Hajj agreement with Pakistan.

ISLAMABAD: In wake of the spread the novel coronavirus pandemic across the globe, the Saudi Arabian government on Thursday halted signing of Hajj agreement with Pakistan.

According to a letter received by the Ministry of Religious Affairs, in the Saudi government stopped Pakistan not to make Hajj 2020 agreement.

The letter further stated the agreement will not be made until the situation in country gets better.

On Wednesday, Saudi Arabia sealed off the capital Riyadh and two of Islam s holiest cities and extended curfew hours as it reported its second death from the new coronavirus.

The kingdom barred entry and exit from Riyadh as well as Makkah and Madina and prohibited movement between all provinces, the official Saudi Press Agency reported, as the health ministry said the total number of infections spiked to 900.

Saudi Arabia, which has reported the highest number of infections in the Gulf, on Monday began implementing an 11-hour nationwide curfew — starting at 7 pm — to limit the spread of the deadly COVID-19 illness.

The curfew hours were brought forward to 3 pm in the three cities, SPA said citing measures approved by King Salman that will take effect from Thursday.

Authorities plan to implement the curfew for 21 days and have warned that transgressors will be fined 10,000 Saudi riyals ($2,663) and could face jail for repeated breaches.

The health ministry on Wednesday said a resident of Mecca was the second person to die from the disease in the kingdom.

The Arab world s biggest economy has also closed down cinemas, malls and restaurants, halted flights and suspended the year-round umrah pilgrimage as it steps up efforts to contain the virus.

King Salman warned last week of a “more difficult” fight ahead against the virus, as the kingdom faces the economic double blow of virus-led shutdowns and crashing oil prices.

The king will chair an emergency virtual summit of leaders from the Group of 20 major economies on Thursday to discuss a global response to the coronavirus pandemic.

On Tuesday, Minister for Religious Affairs and Interfaith Harmony Sahibzada Noor-ul-Haq Qadri had denied the rumours of halting hajj operations this year.

He said there was no truth in rumours viral on social media about hajj operation. Saudi government had not yet issued any orders of halting hajj operations.

He said Hajj arrangements were continuing as per routine and the Ministry was in constant contact with Saudi Ministry of Hajj and Umrah.

Qadri said Saudi government has only advised for not inking final agreements with transport, hotel hiring for hajj days.

It is hoped that the situation will improve till hajj, he said adding that confirmed news about hajj could be seen at official social media page of the Ministry.

Millions of Muslims from around the world gather annually in Mekkah in anticipation of Hajj – the Muslim pilgrimage, which follows the actions of the holy Prophet Muhammad (PBUH) more than 1,400 years ago.

Taking part in the pilgrimage at least once in one s lifetime is a major obligation for all able-bodied Muslims of financial means, and between two and three million people participate in the six-day ritual every year.

Hajj occurs in the 12th month of the Islamic lunar calendar, called Dhul-Hijjah, between the eighth and 13th days of the month.

The rituals that are performed are symbolic re-enactments serving as reminders of the sacrifices and obedience of Prophet Abraham. Hajj also seeks to gather Muslims in a spirit of unity and brotherhood.

Pilgrims wear plain, white garments. Men drape seamless, unstitched clothing and women dress in plain white dresses and headscarves. The idea behind dressing simply is to mask any differences in wealth and status.

The pilgrimage is the fifth pillar of Islamic practice (the other four being the profession of faith, five daily prayers, charity and the fast of Ramadan).