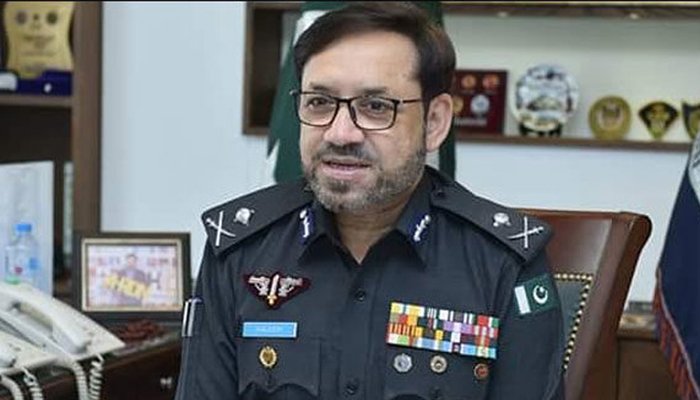 KARACHI: The joint opposition in Sindh has demanded that the incumbent Sindh Inspector General of Police Kaleem Imam should not be removed till holding of the forthcoming local government elections.

KARACHI: The joint opposition in Sindh has demanded that the incumbent Sindh Inspector General of Police Kaleem Imam should not be removed till holding of the forthcoming local government elections.

Politicians and lawmakers belonging to the Pakistan Tehreek-e-Insaf, the Grand Democratic Alliance (GDA), and the Muttahida Quami Movement made the demand on Wednesday while addressing a press conference after meeting with Sindh Governor Imran Ismail at the Governor House.

Speaking on the occasion, Leader of Opposition in the Sindh Assembly Firdous Shamim Naqvi said that the Sindh chief minister was not willing to hold talks with the opposition, which is why the opposition was forced to meet the governor on the matter.

Naqvi said the opposition did not want the police to be used for political interference and the incumbent IGP, being a neutral officer, should not be removed from his post. He alleged that the incumbent chief secretary of the province was unable to discharge his duties independently.

He added that the Sindh chief minister, the chief secretary in the province, and the entire provincial cabinet were responsible for the numerous civic problems in the province, including transportation and sanitation.

“The reputation of CM Sindh Murad Ali Shah had been tainted after he was named in the inquiries conducted by a joint investigation team in the mega money-laundering scandal,” Naqvi said.

GDA leader Zulfiqar Mirza, speaking at the press conference, said that the incumbent IGP should not be removed just because he had failed to fulfill the personal desires of someone. “The opposition will support such an IG who doesn’t act as the government’s commission agent,” he noted.