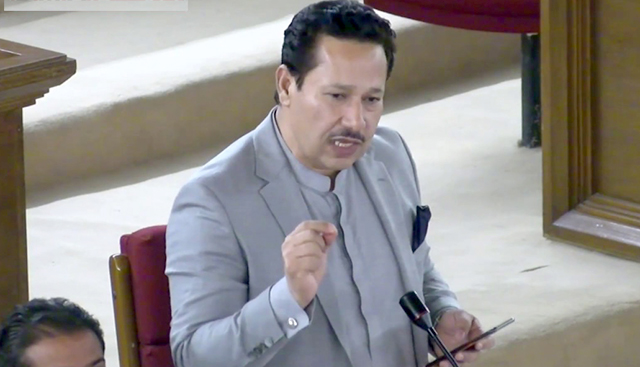 “Despite Metrological department’s early warnings, provincial government and PDMA did nothing for people affected by heavy snowfall and rains in Balochistan while people stranded in snow-hit areas remained helpless for days.” Opposition Leader Malik Sikandar Advocate said while addressing BA session on Thursday.

Sharing views on inflation and corruption in government departments, the opposition leader said, tough people of Sindh and Punjab have job opportunities in private sectors but Balochistan deprived from industries and private jobs,

“Unfortunately in Balochistan, law and order being implemented on poor and weak but powerful mafia blatantly violating law that fostering corrupt practices in the province.” Malik Sikandar Advocate added.

Speaker Qudus Bizenjo directed Secretary Assembly to ensure presence of Secretary Home and PDMA officials in the Assembly during next session.

Taking part in the debate over damages of Snowfall and downpour the Parliamentary Leader of BNP Mengal Malik Naseer Khan Shahwani has said, 26 districts of Balochistan effected by snowfall and rains but despite early predictions the provincial government did nothing for people affected in Balochistan.

“Hundreds of people including women children stranded in highways due to heavy snowfall but government’s machinery responded with prolong delays.” Shahwani added.

“Today country’s fiscal debt has jumped from 35000 billion rupees while the total wealth of Reko diq was estimated 77000 billion rupees.” Sana Baloch said, “If Federal Government hands over Reko to private company that would violation of constitution of Pakistan because after 18th amendment Balochistan owes its natural wealth and Federal Government has no right to take decision on our resources.”

Corroborating the stance of Sana Baloch, Provincial Minister for Social Welfare Development Asad Baloch has said, this house must have to protect the natural wealth of Balochistan because people of Balochistan has rights right on their resources.

Sana Baloch has urged all political parties having representation in National Assembly and Senate to raise this issue at every forum.