Fazlur Rehman should be tried for high treason: PM Imran 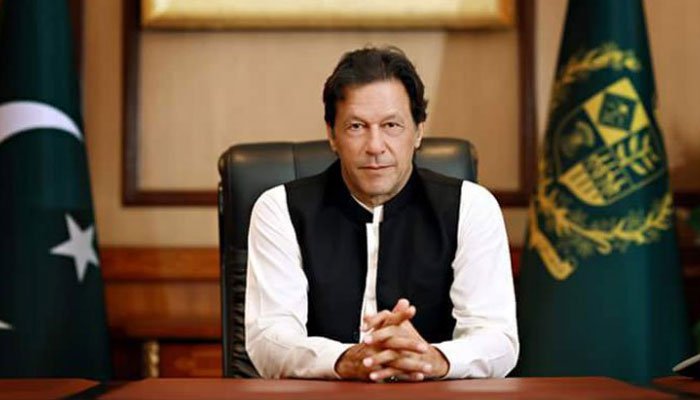 ISLAMABAD: Prime Minister Imran Khan on Friday said that Jamiat Ulema-e-Islam chief Maulana Fazlur Rehman should be tried for high treason under Article 6 of the Constitution on the basis of recent remarks made by the latter that suggested that he had conspired to de-seat the government.

ISLAMABAD: Prime Minister Imran Khan on Friday said that Jamiat Ulema-e-Islam chief Maulana Fazlur Rehman should be tried for high treason under Article 6 of the Constitution on the basis of recent remarks made by the latter that suggested that he had conspired to de-seat the government.

The JUI-F chief had last week said that he had ended his Islamabad sit-in late last year after reaching an understanding with power brokers that the PTI-led government would soon be upturned.

“Maulana Fazlur Rehman should be tried under Article 6 of the Constitution. There should be an inquiry into the remarks he made, and he should be asked who gave him that understanding,’ PM Imran was quoted as saying.

The statement came during an informal talk with the media hosted by the prime minister in Islamabad on Friday afternoon.

During his interaction with the journalists present, the premier talked about inflation, the food shortage crisis and corruption in the country.

“There is a cartel in the country that controls the prices of commodities,” PM Imran reportedly told the people present.

When he was asked about who controls these cartels and whether some close to him may be involved, the prime minister said: “The report of the inquiry into the wheat shortage crisis does not include the names of Jehangir Tareen or Khushro Bakhtiar.”

“Negotiations with the IMF on the prices of electricity will soon be finalized,” he said.

The prime minister also took a swipe at opposition politicians during his talk.”I am neither corrupt, nor am I in this [politics] to make money,” he said. He said that those who are corrupt and have looted the wealth of the country are afraid of the army.

“Military agencies always know who is doing what,

Regarding election reforms, the premier told reporters that the government was in the process of introducing electoral reforms, which would include provisions for electronic voting and the biometric verification of voters.

“Senate elections will not be held under secret ballot anymore,

“We will introduce a law that makes it mandatory to hold Senate elections by a show of hands,” the premier added.

He also commented on the rumours that have been circulating regarding his government soon being shown the door.

“The opposition talks about the government being toppled only to increase unity within their ranks. They are political mafias and they do not care about inflation, but rather about their own benefit only,