Situation under control after heavy snowfall in Quetta: DC 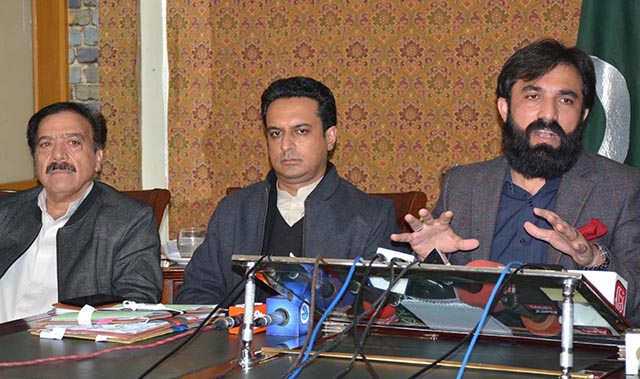 Addressing a news conference on Monday the Deputy Commissioner Quetta said, the provincial capital has received 13 inches snowfall but we have controlled the situation due to early preparations,

Accompanied with Administrator Quetta Tariq Javed Mengal, DC Quetta claimed we have reports of difficulties in Nohsar, Tora Khola, Zarghoonabad and Sara Ghurgai where heavy snowfall reported but our machinery fully actives and restoring communication with these areas,

“All streets in the provincial capital would be restored as all concerned departments have been participating in relief and rescue operation.” DC Quetta added.

He lauded the support of Frontier Corps, Police and Levis with district administration in relief and rescue operations.