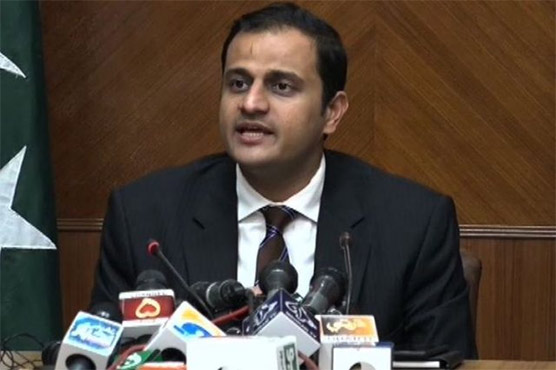 During a press conference in Karachi, Mr Wahab asserted that the chief minister told the premier that the cabinet had no confidence in the IG, and the process of his removal should be initiated as the ruling party in Sindh had been facing criticism.

The Pakistan Peoples Party (PPP), however, stated that the IG could be restored in the same rank if the federal government consults the provincial government.

“The [provincial] cabinet achieved consensus that the IG has lost its credibility,” he stated, while complaining that it was argued that a unilateral decision was taken in this matter.

“There are concrete reasons for sending IG Sindh home […] law and order situation has deteriorated over the last year,” he said, adding that people lost their lives in 12 police firing incidents and the crime rate has increased.

The spokesperson further stated that the provincial government would inquire “if anything goes wrong as the police is independent but answerable to the government.”

“All of us are required to follow the Constitution […] five IGs were changed in Punjab and four IGs in Khyber Pakhtunkhwa,” he said, while complaining of no criticism on those decisions.

Mr Wahab pointed out that whenever the Sindh government inquires (about incidents), the IG claims of “everything alright.”

“Does the Sindh government makes a mistake while asking him? […] no government employee can hold press conference,” he said, adding that police officers have been in hurry for holding pressers.

The Sindh government spokesperson regretted that a “private man” was allowed access to a killer of 96 individuals.

Reacting to the announcement, the Pakistan Tehreek-e-Insaf (PTI) has decided to approach the court against the removal/transfer of IG Kaleem Imam.

PM Imran Khan has also telephoned Sindh Governor Imran Ismail to discuss the same matter, and directed him to take all stakeholders into confidence.

Meanwhile, PTI Leader Haleem Adil Sheikh stated that the government stood with the IG and would not allow the Sindh government to do anything illegal.

Earlier, the Sindh government forwarded three names to the Centre for the appointment of new inspector general (IG) of the province.

The three names include Ghulam Qadir Thebo, Mustaq Meher and Kamran Fazal, and the federal government will issue a notification of the appointment of the new IG.

Yesterday, the provincial cabinet approved the removal of Kaleem Imam as the Sindh IG.

The provincial cabinet mentioned that nominated person, Thebo, “is an officer of good reputation and have worked in various positions in the province.”

The chief minister expressed that he would like to keep the police separate from the politics. He asserted that the police chief should refrain from giving political statements. “Any SSP or police officer who is fond of politics should do politics,” he added.

The reasons for Mr Imam’s removal were stated as his alleged non-cooperation with the Sindh government, failure to implement directives issued from the CM House, and frequent absence in key meetings of the government.

In Sept 2018, Dr Syed Kaleem Imam was appointed as the inspector general of Sindh police.