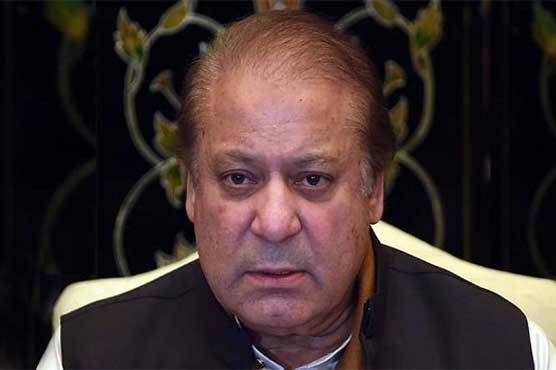 The Punjab government on Tuesday raised several objections to a medical report attached with an appeal of former premier Nawaz Sharif to extend his bail period in the light of the Islamabad High Court’s (IHC) decision. The appeal was filed with the Home Department Punjab on Dec. 24

The Punjab government on Tuesday raised several objections to a medical report attached with an appeal of former premier Nawaz Sharif to extend his bail period in the light of the Islamabad High Court’s (IHC) decision. The appeal was filed with the Home Department Punjab on Dec. 24.

Thereby, the government has opposed stay of Mr Sharif in London for medical treatment, and the home department has ordered the former premier to send his latest medical report. A medical board formed to consider the matter will then review the report and the decision to extend Mr Sharif’s bail will be taken in accordance.

On Dec. 30, a PET scan of Mr Sharif was performed at a private clinic in London while he was accompanied by his personal physician Dr Adnan, son Hussain Nawaz, worker Nasir Butt and other officials.

The court had directed Mr Sharif to apply to the Punjab government for further relief under Section 401(2) of the Code of Criminal Procedure (CrCP), 1898.

It was declared by the IHC that unless the provincial government decides the matter while taking up the application, and Sharif’s bail would remain intact until it is decided otherwise by the provincial authorities. According to the order of the court, Mr Sharif may apply for the extension of bail to the Punjab government.

On Oct. 29, the Islamabad High Court (IHC) suspended the sentence of former premier Nawaz Sharif on medical grounds for eight weeks in the Al-Azizia reference case. The court had ordered him to submit two surety bonds of Rs2 million each to the court for securing his release.

A plea for bail had been filed by PML-N President Shehbaz Sharif for his brother Nawaz, who was under treatment at Lahore’s Services Hospital. The court further announced that for an extension in bail, the Punjab government should be approached.

On Oct. 25, Mr Nawaz procured bail on medical grounds in the ongoing Chaudhry Sugar Mills case from the Lahore High Court. The former premier submitted two surety bonds worth Rs10 million each for his release in the case.

PML-N President Shehbaz Sharif had filed the bail application for the release of his brother from the custody of the National Accountability Bureau (NAB).

“We applied for bail on the grounds that his health conditions were deteriorating and that he needs better treatment,” his lawyer, Azam Nazir Tarar, told Reuters after the ruling.

On Nov. 19, Mr Sharif arrived in London, three weeks after he was granted bail by the Islamabad High Court in the Al-Azizia case on medical grounds, along with his brother Shahbaz Sharif after the government and courts granted him permission to travel abroad.

Mr Sharif and members of his family had also consulted with several doctors, including those who specialise in cardiac issues and immune disorders.

Accountability judge Mohammad Arshad Malik had last year on Dec 24 convicted Mr Sharif in the Al-Azizia reference but acquitted him in the Flagship Investment case. Sharif was handed seven years in jail in the Al-Azizia reference with two fines – Rs1.5 billion and $25 million. A disqualification of 10 years from holding any public office was also part of the sentence.