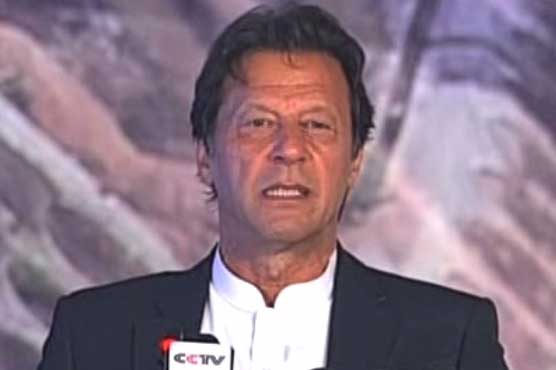 Prime Minister Imran Khan is not happy with the current state of the Pakistan Railways. He believes it needs more investment. He was speaking at the inauguration of the Azakhel dry port in Nowshera district on Friday.

Prime Minister Imran Khan is not happy with the current state of the Pakistan Railways. He believes it needs more investment. He was speaking at the inauguration of the Azakhel dry port in Nowshera district on Friday.

The premier started his speech by congratulating Railways Minister Sheikh Rasheed, saying that the inauguration of this port means there will be industrial growth, creation of jobs and an overall benefit to the people of Pakistan, especially those living in Nowshera.

The Rs510 million Azakhel dry port project will promote business and trade in Khyber Pakhtunkhwa. The project has been in the pipeline since 2006. He credited Rasheed with speeding up work on the project in the last year. Addressing the people of Nowshera, the premier said they are full of talent. “You have political wisdom and that is why you always support the PTI in the elections,” PM Khan said.

He questioned why money has not been spent in the country to develop its railway system. Pakistan was a country that the British left with an excellent railway system, but over the years, we have have never spent money in this industry, he said. “The number of tracks went down after the British left instead of going up,” he lamented.

He said this is because the ruling governments have always catered to the elite. The premier spoke about the gap created over the years between the rich and poor. “We did not invest enough. Our railway system is in tatters,” he said, adding that currently, China is leading the world in railway technology.

He said after completion of the ML-1 project, it will take only eight hours for a train from Karachi to reach Peshawar. The common man will benefit from this, he said, adding that it will also help in freight transportation. Pakistan Railways now have to compete with the private sector, he said, explaining that this also applies to the Pakistan International Airlines. “All employees of the Pakistan Railways should understand that no corruption will be tolerated,” he said.