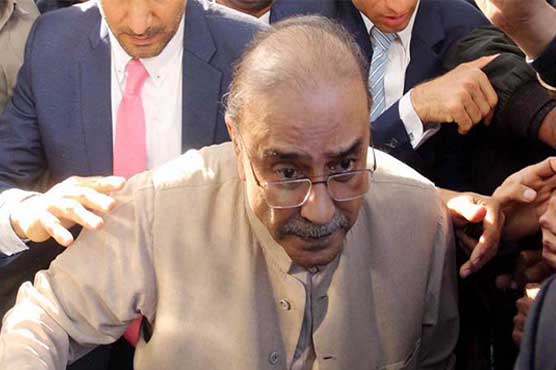 The Pakistan Peoples Party (PPP) leader is currently under treatment at the Pakistan Institute of Medical Sciences (PIMS).

A day earlier, PPP Chairman Bilawal Bhutto Zardari had announced that the party will submit bail plea for Zardari on medical grounds. “We do not trust Pakistani doctors,” the PPP chairman told media.

Bilawal who was accompanied by his sisters Bakhtawar and Aseefa added, “Though it was a difficult task to convince him to file a bail, Aseefa managed to convince him. We have hope that we will get justice.

Earlier this month, an accountability court had dismissed a plea seeking permission to move Zardari to Karachi for medical treatment.

Zardari was arrested in June after his bail application was rejected in connection with a high-profile money laundering case that saw millions allegedly siphoned out of the country.

Authorities on October 22 shifted the former president shifted to hospital.