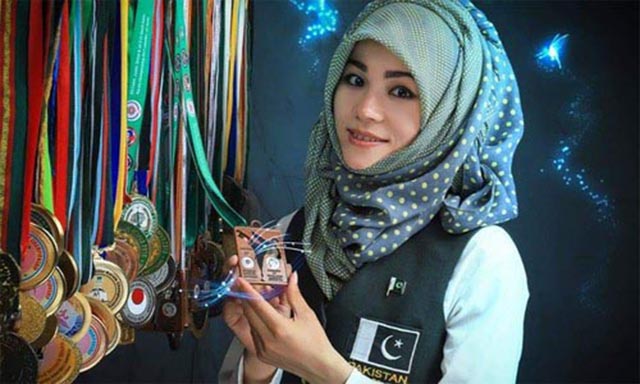 Shahida Abbasi of Quetta opened the account with a gold medal in the Single Kata category with 42 points. Following her was Naimatullah who scored 24.92 points to win a silver medal in Men’s Kata.

The third medal went to Shahida, Naz Gul and Nargis, who teamed up in the Team Kata category. They both won silver as well.
Later, Naseer Ahmed, Noman, and Naimatullah collectively helped Pakistan win the fourth medal of the day in men’s Team Kata.

It is worth adding that Pakistan also qualified for the final of the volleyball event after beating Bangladesh where they will face India on Tuesday.