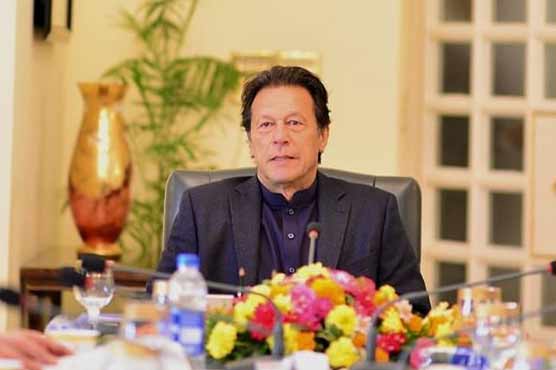 According to details, PM Imran presided over an important meeting of the economic team. During the meeting, the premier was briefed on the measures taken for the development projects. He was briefed that exports has increased by six percent this year compared to last year.

PM Imran adressed the meeting asserting that economic stability and creating jobs for youth are the top priority of the government. “All the focus of the government is on providing relief to the common man”, he added.

The economic team meeting also reviewed the country‘s economic situation and the pending cases of the Federal Board of Revenue (FBR) in the courts.

The Prime Minister directed to give special attention on improving the coordination between ministries and departments, while promoting out of box thinking and suggestions.

Chairman FBR gave a detailed briefing to the Prime Minister on measures taken regarding payment of refunds to exporters.

The Prime Minister directed the FBR to further simplify the system of refunds payments so that small and medium exporters do not face any difficulty in receiving the refunds. The Prime Minister said the country has achieved economic stability due to government steps and trust of business community has increased.

He said all out facilities should be provided to small and medium traders and exporters in order to encourage them and to promote the positive sentiments and trust.

The meeting was apprised that export figures of Jul-Nov indicate increase in export volume and its income in terms of dollars. The exports registered an increase of six percent in October this year in comparison with same period last year. The November also saw an increase of 9.6 percent. The Prime Minister expressed satisfaction on this positive trend.

The premier was informed that 551 cases out of 1089 relating to FBR in the superior judiciary have been decided while 285 are under trial.

PM Imran directed the Attorney General that efforts should be expedited to resolve the cases in courts on fast track basis. He directed to provide all necessary resources to Attorney General s Office to put the government s viewpoint before the court in FBR related cases. The Prime Minister said early resolution of the cases will help resolve the problems of business community.