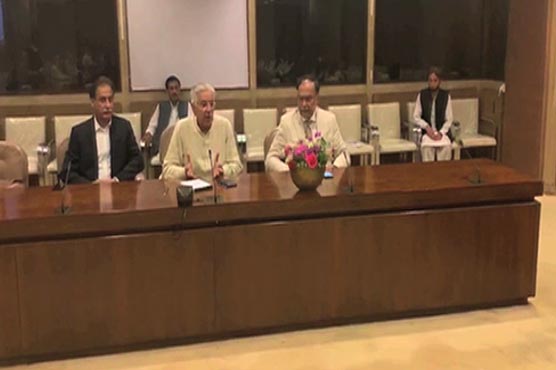 According to details, consultation on the names for hiring of two ECP members and Chief Election Commissioner (CEC) was carried out with participants belonging to other political parties including Pakistan Peoples Party (PPP).

On the other hand, Minister for Human Rights Dr Shireen Mazari presided over the meeting of Parliamentary Committee that concluded without deciding any name for the vacant ECP posts.

The committee considered nominations for appointment of members of the ECP from Sindh and Balochistan forwarded by the government and the opposition.

Shehbaz Sharif maintained that PM Imran should have initiated this process of consultation a long time ago. I am starting this procedure to prevent the ECP from getting non-functional, the PML-N leader added.

The letter by PML-N president also comprised three names each from Sindh and Balochistan for their nominations as the ECP members. From Sindh, the opposition leader had recommended Nisar Durrani, Justice (retd) Abdul Rasul Memon and Aurangzeb Haq.