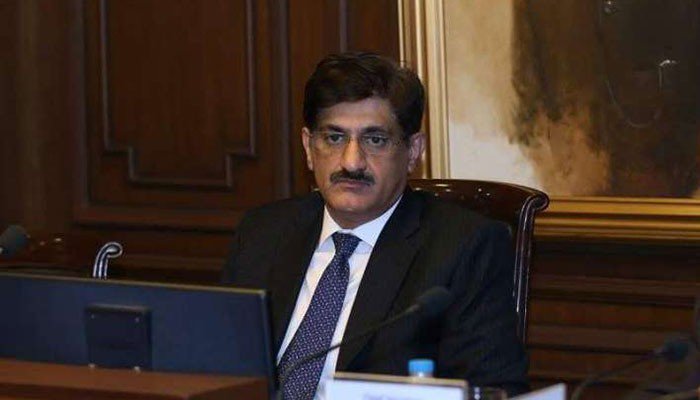 This he said while presiding over a meeting of Prevention and Control Programme for Dengue (PCPD) here on Tuesday at CM House.

He said that simply collection of data only based on hospital reports is not enough to control the situation but we must have the map showing the affected areas of last year so that concerned departments, including local government and health departments could be informed to take precautionary measures before the start of dengue season.

The CM Sindh said that the people in the dengue control programme were carrying out routine programme and this would not create any impact.

“You have to collect a reliable data, not only from the hospitals but from laboratories to ascertain the actual number of the affected people and we must know which areas are affected this month or year and how much people were affected last year and what is the difference”, he said.

Syed Murad Ali Shah directed Dengue programme team to prepare maps of the affected areas of last year and this year and review the measures taken last year and their impact and then identify the weaknesses, if any.

“You can assign the research-based work to medical universities for your guidance”, he said.

He also directed the Dengue control programme to inform the concerned departments, including commissioners and deputy commissioners about the period in which dengue mosquitoes emerge so that concerned institutions could start precautionary measures.

The CM Sindh was told that the country was facing an outbreak of Dengue infection in all its provinces.

In Sindh 15521 cases of Dengue infection have been reported, out of which 14534 or 93 percent happened in the city of Karachi.

The Health Minister Dr Azra Pechuho told the chief minister that more affected areas of Karachi are Central, South, East and Korangi. Only 1085 cases were reported from other districts of the province which major incidence in Hyderabad, Umerkot and Mirpurkhas.

The chief minister was told that during 2019 total 43 deaths have been reported, including 37 in private and six in public hospitals.

The cause of deaths was mentioned as dengue hemorrhagic, fever, dengue shock syndrome and co-morbidity.

It was pointed out that cases of dengue infection started increasing from September 2019 due to heavy rainfall, high humidity and temperature and disposal of solid waste issues.

Giving progressive report, Programme Manager Sindh Dengue Prevention and Control Progamme, Dr. Mehmood Iqbal said that out of 3056 cases, 2697 or 88 percent were responded for activities at their homes. 2,233,493 meters space have been fumigated/space spray. 11925 rooms have been sprayed. 1547 patients received LLIN bed nets, 13495 Larvicidal activities have been done and awareness campaign was in progress.

Giving update on the situation Dr Mehmood Iqbal said that the weekly data of Karachi shoed that during first week of September, 2019, 152 cases were reported which went on increasing and reached to 2470 cases in the fourth week of October, 2019.

However, cases started declining from the first week of November when 1313 cases were reported which further declined to 809 cases in the end of November.