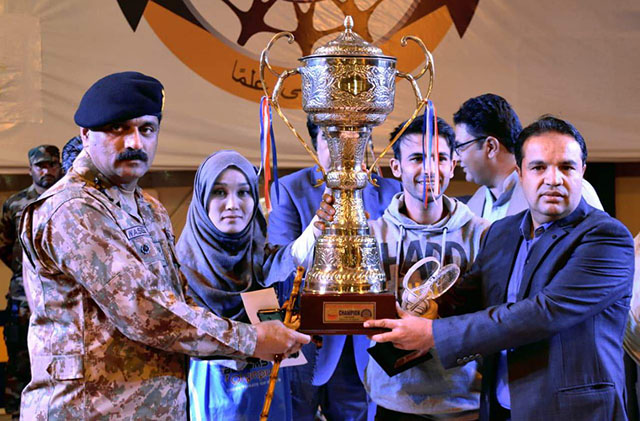 “Security Forces and people of Balochistan have defeated negative propaganda’s against the country while no one would be allowed to lure Balochistan’s youth on fake slogans.” CSC Lieutenant General Waseem Ashraf said on Thursday while addressing ending ceremony of Olympiad at Balochistan University of Information Technology and Management Sciences.

Calling International community Commander Southern Command said, Pakistan has defeated menace of terrorism with unity and the world can’t be developed without contribution of Pakistan and Balochistan.

He lauded the extra-curriculum activities in BUITMS added Balochistan is replete with talent as provincial sportsmen have been lighting Pakistan’s name at national and international events.

The Chief Guest Commander Southern Command interacted with students during the ceremony while performed on Balochi music.