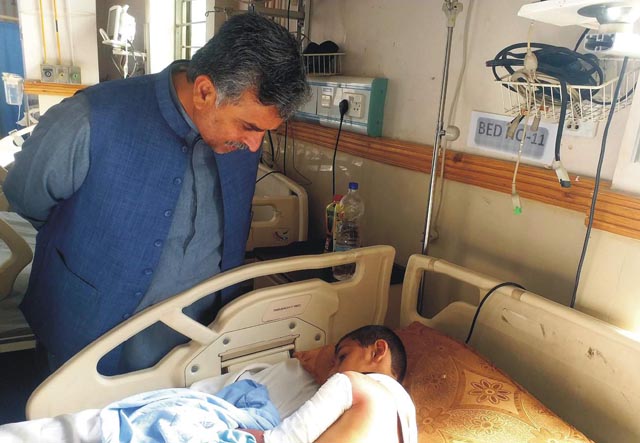 QUETTA: Balochistan Education department has suspended a teacher on charge of torturing students.

QUETTA: Balochistan Education department has suspended a teacher on charge of torturing students.

The Advisor took notice of torture on a student at Government Primary School Postal Colony and met with the student on Saturday vowed to curb torture on students in government schools.

“We have dismissed the teacher tortured the students while departmental action would be taken against him, we would not allow anyone to carry-out physical torture on innocent children.” Muhammad Khan Lehri said directed all principles to ensure implementation of anti-torture activities in government schools.

He vowed to ensure introducing and implementing of Corporal Punishment Act added urged Deputy Commissioners and Commissioners to play their role in functionalization of the act.

“Education Department would take action against teachers and head of the school if torture against students repeats in the province.” Lehri added.