No need for negotiations if resignation is the only demand: PM Imran 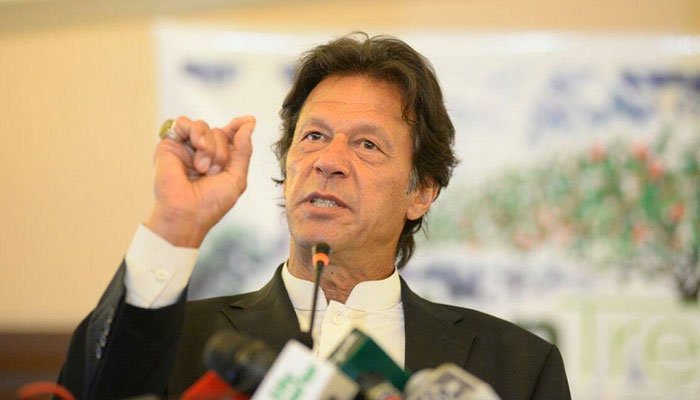 ISLAMABAD: Prime Minister Imran said on Friday that there was no need for negotiations with the Azadi Marchers if his resignation was their only demand.

ISLAMABAD: Prime Minister Imran said on Friday that there was no need for negotiations with the Azadi Marchers if his resignation was their only demand.

The government’s negotiating team met the prime minister to inform him about the demands of the Rahbar Committee.

“There’s a lot of talk going on about my resignation,” said the prime minister. “If that is the only demand of the opposition, then there is no need for negotiations,” he said.

Sources claimed that Elahi will take an important message of the prime minister to the JUI-F chief in their meeting scheduled to take place today (Friday).

Elahi will meet members of the Rahbar Committee as well before he has a sit-down with the JUI-F chief.

Thousands of protesters have converged on the federal capital under the banner of the Azadi March, seeking to send packing Prime Minister Imran Khan packing.

The ‘Azadi’ March caravan, which set off from Sindh, left Punjab’s city Lahore on Wednesday and culminated its journey Thursday night in Islamabad.

Opposition leaders delivered fiery speeches against the PTI government on Friday, Saturday and Sunday, giving the prime minister a 48-hour ultimatum to resign.

JUI-F chief Maulana Fazlur Rehman gave Prime Minister Imran two days to step down, failing which the protesters threatened to march to the PM House, ‘force’ the prime minister to step down, and ‘arrest’ him.

The government announced on Saturday that they would approach the courts over Fazlur Rehman’s statements, accusing him of “instigating the people” and rallying them for ‘mutiny’.

While the ultimatum has run out, Fazl continues to push the demand for the prime minister to resign and go home.