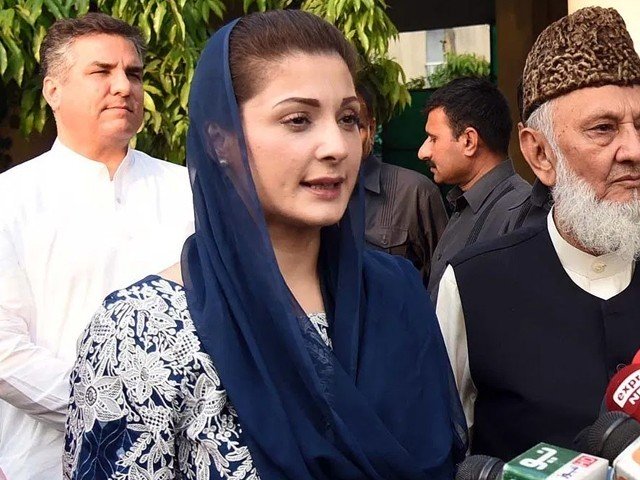 The former premier’s daughter passed the remarks while speaking to reporters during her appearance in Lahore’s accountability court for the Chaudhry Sugar Mills case hearing.

Maryam also stated: “[former premier] Nawaz Sharif’s health is very critical.” She added that the former premier must travel to wherever he can get the treatment.

While answering a question whether any request was put forward for the removal of her and the former premier’s name from the Exit Control List (ECL), Maryam said: “I don’t know I will look into it when I go home.” She added that her uncle Shehbaz Sharif is looking into the matter.

While commenting on whether she would go with the PMl-N supremo, she said that she could not travel immediately as her passport is with the court.

While talking about her father’s health, Maryam said at this point she was worried about the health of the former premier. She added that she has been looking into her father’s health matters personally, and it was very difficult for her to come to court today.

The PML-N leader said, “Politics will go on but parents will not be around”. She added that she is focused on Nawaz Sharif’s health and stays with him 24/7, as she cannot leave him to the nurses and servants.