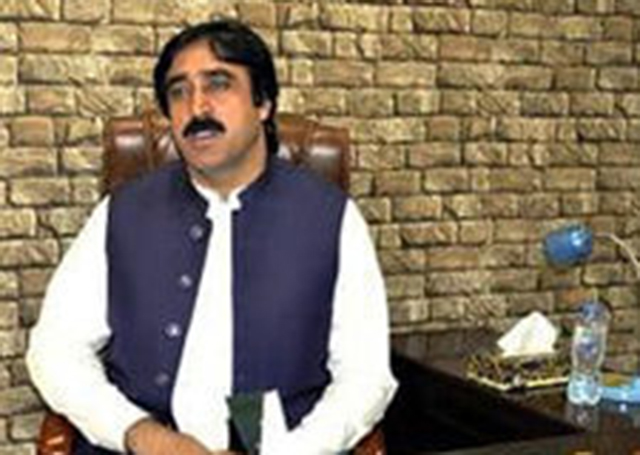 QUETTA: Provincial minister Balochistan Haji Noor Muhammad Khan Dammar said on Thursday that the provincial government is taking steps to promote all sectors of the province.

QUETTA: Provincial minister Balochistan Haji Noor Muhammad Khan Dammar said on Thursday that the provincial government is taking steps to promote all sectors of the province.

He claimed that after providing one thousand tractors for the farmers of the province through the Green Tractors Scheme, the agriculture sector will further develop in the province.

He expressed these views while talking to the delegation of Harnai, Ziarat and Sanjavi landlords, party workers and tribal elders. He said we are trying to solve the problems of the people.He added my first attempt is to solve the problems of the people at their doorstep.Under the leadership of Chief Minister Mir Jam Kamal Khan, people of the province are getting the fruits of success. Real change has begun in the province, ensuring the rights and basic facilities of the people.

Special focus is being given on health and education for which work is being done on an emergency basis. He said that the present government does not make false promises to its people nor is it limited to the newspapers.

He said in the past, so-called nationalists and religious parties used to make tall claims but practically did not pay any heed to the collective problems of the people, which is why today the people of both districts of the constituency are facing dumb issues.

He said that our priority is to work for the welfare of the people of both the districts of the constituency, to provide employment to the people, to establish law and order and to solve the basic problems for which we are working day and night.

He said that our doors are open 24 hours for the people of the constituency. People can contact us at any time to solve their problems.