Four burnt to death in accident in Panjgur 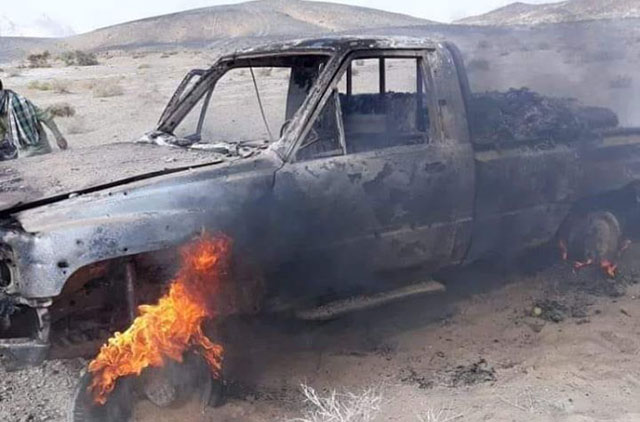 PANJGUR: Four killed in accident in Balochistan’s Panjgur district on Thursday.
In Sarsand area of Panjgur district, four people were burnt to death in a head-on-collision between two pick-ups.
According to levies officials, two of them have been identified as Sher Jan from Awaran district and Ehsan from Iran, while two others could not be identified because their bodies were charred beyond recognition.
It is to be noted the head-on-collision between the pick-ups loaded with Iranian oil and diesel have increased on CPEC roads over the months.
Commissioner Makran Tariq Zehri was also killed recently in a car accident with a pick up carrying smuggled patrol in the Kalat district.
After the incident, on the orders of chief secretary Balochistan Iranian oil smuggled was banned. It is the first accident after lifting the ban.