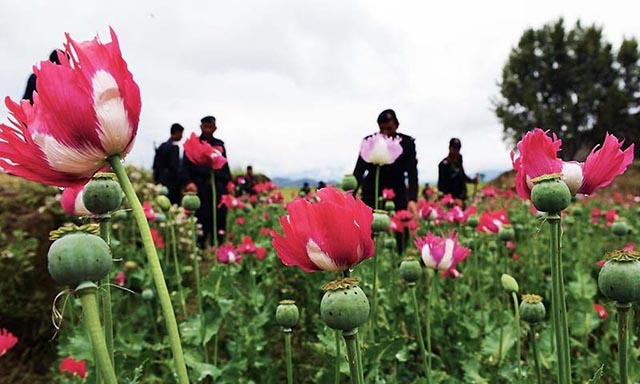 He added that, in some districts, hemp cultivation has begun, they should be demolished after being identified working along with anti-narcotics within 15 days.

“In any case, no permission can be allowed to grow hemp and poppy in the province as they affect the capabilities of our future generations,” he said.

The Chief Secretary said that the drug maker factories in the province should be searched and demolished immediately and all the Deputy Commissioners in their respective districts should identify the areas on which hemp and poppy are cultivated on the acreage and collect their information and share them with Chief Secretary’s Office and Anti-Narcotics.

He directed to lodge an FIR against the one involved in this illegal business with severe legal action.

He also directed the district administration to submit the certificates of their districts to the Chief Secretary’s Office that there was no plantation and drug manufacturing plant in their area.