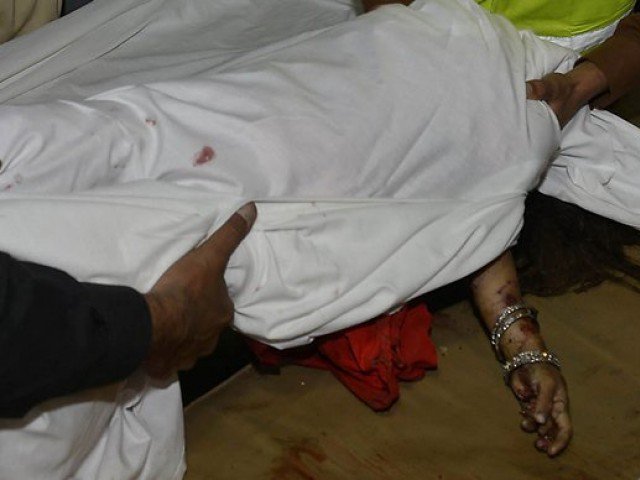 QUETTA: Three foreign prisoners in Gadani district jail of Lasbela has allegedly murdered a female warden of the jail Zoya Binte Yahya, who was deputed in women cell. She was strangled to death while being asleep.

QUETTA: Three foreign prisoners in Gadani district jail of Lasbela has allegedly murdered a female warden of the jail Zoya Binte Yahya, who was deputed in women cell. She was strangled to death while being asleep.

According to superintendent Jail Shakeel Baloch, eleven women prisoner were inside the baric, among them give belongs to Russia and its Muslim state Chechnya.

These women were arrested while trying to sneak into Pakistan illegally with a 15 years old child in October last year.

These female prisoners were detained in district jail Quetta for several months, later were shifted to district jail Gaddani, to provide easy access to Russian conciliate general in Karachi.

Preparations were also being completed for deportation of these foreigners by handing them over to Russian officials.

Dead body of the female warden Zoya was shifted to the Rural Health Center Gadani and later was handed to the family members after a short delay.

23 years old Zoya belonged to Gadani and she was appointed as lady warden in Gadani Jail in 2017.

The Gadani police SHO said an investigation was started to ascertain the facts and a case would soon be registered against the accused.

While expressing his sorrow Home Minister said that incident is a result of negligence from guards.

Balochistan Home Minister Mir Zia Langove also took notice of the murder and has ordered senior police officials to conduct a thorough investigation into the incident.

In a statement, the minister said the incident reflects poorly on the standards of security at the prison and also indicates incompetence on the part of prison officials.

A report released last year by the National Commission for Human Rights (NCHR) highlighted the poor conditions of jails in Balochistan.

It stated that the Balochistan prison department faces a number of issues, some so severe that they have basically crippled the department’s functioning.

It stated that the acute dearth of well-trained, well-paid and disciplined staff had contributed to human rights violations in prisons.

The report further said that poorly equipped jails in Balochistan were facing an acute shortage of human and financial resources, which was contributing to the unsatisfactory living conditions for prisoners.