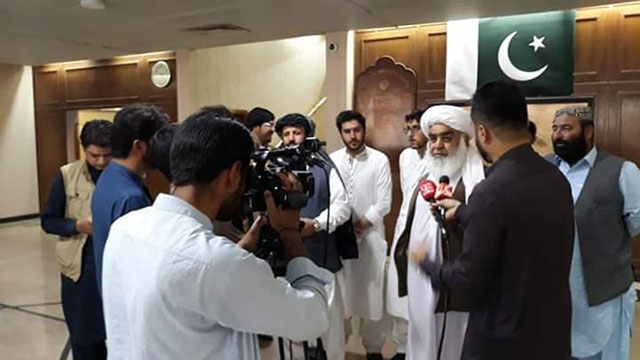 “All preparations have been finalized for Azadi March, provincial convoys would enter into Punjab from district Loralai on October 31st.” Wasay said sarcastically replied that we wouldn’t attack on Parliament or PTV Station.

Calling Prime Minister Imran Khan as King of U-Turns the provincial Ameer JUI F said, PM refused to provide us lunch and containers for Azadi March added our protest would be continue until Prime Minister’s resignation and end of this incompetent regime.

He lauded provincial Home Minister’s statement regarding allowing JUI F’s Azadi March in Balochistan added if anyone create hurdles for our convoys we would depart toward Islamabad on motorbikes, camels and horses.