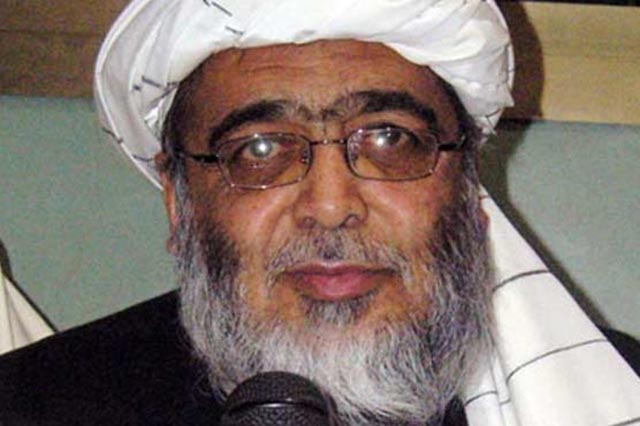 QUETTA: Central Secretary General of Jamiat Ulama e Islam(F) Hafiz Hussain Ahmed has said that any attempt to stop convey of Azadi March will result in sit-in countrywide while jamming the system.

QUETTA: Central Secretary General of Jamiat Ulama e Islam(F) Hafiz Hussain Ahmed has said that any attempt to stop convey of Azadi March will result in sit-in countrywide while jamming the system.

“We have nothing to lose now, we don’t have to resign for the assembly membership as government soon will have to resign itself,” Hafiz Hussain Ahmed said while talking to Media at his residence in Jamia Matlal Uloom on Saturday.

He said that JUI will not hold any negotiations with government, as those elected through rigging will have to go. Government trying to get Shahbaz Sharif on their side by praising his stance, while Imran Khan had taken another U-turn by discarding their own committee formed under supervision of Minister for religious affairs Noor Ul Haque Qadri. Though, PTI claim that JUI is using religion card but intact they used the religious ministry for personal gain.

“Shahbaz Sharif has become very affectionate for the government Spokespersons as Firdous Ashiq Awan, Fiaz Ul Hassan Chohan and others are continuously praising him, only to turn him on his brother.

“Our homee is complete, as we have already held 15 million matches within country. On October 27 we will march towards our destination. Though, it will be a peaceful march, Which will not affect anyone,” Hafiz Hussain Ahmed said.

He further added that JUI will not attack parliament like PTI did during their lockdown, as his party believes in democracy and is protector of the parliament. “If we were stopped during our march, will hold sit-in at the same place while jamming the whole country.

He said that JUI has all the options and will take decisions after consulting opposition parties. “Spokespersons of the government had claimed that a committee is formed to negotiate but Imran Khan once more made a U-turn by discarding the committee. We have already cleared that JUI will not negotiate as this government has to go”, Secretary General JUI F said.