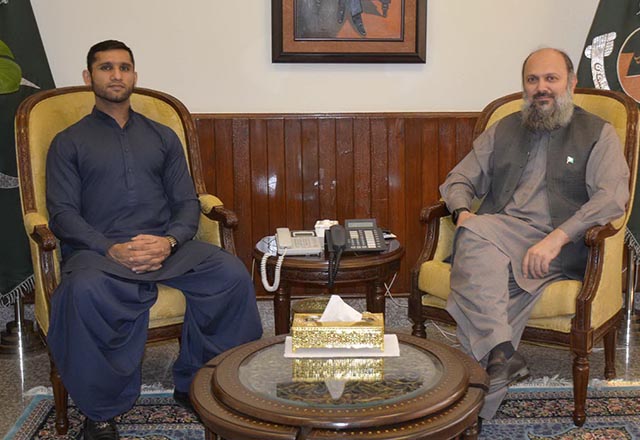 He said if the Reko diq Goldmine and Copper Project had not been mishandled by previous governments Pakistan would not have been fined by International Center for Settlement of Investment Disputes.

This was stated by him while meeting the political and tribal leader from Chagai, Sardarzada Umair Mohammad Hassani at CM house in Quetta.

Several Issues including current affairs, political, economic, social matters and affairs related to Rakhshan Division were discussed in the meeting wherein the Chief Minister stressed upon the need to provide opportunities to the young generation of Balochistan for a peaceful and prosperous environment.

Mr Hassani apprised the Chief Minister regarding major issues of Rakhshan Division in detail and assured his overwhelming support to Balochistan Government for developing the far-flung areas of Balochistan. Jam Kamal said “Balochistan, particularly Chagai district has huge potential of precious mineral resources, besides other certain opportunities and we are committed to avail such opportunities by developing and uplifting this region and the economic condition the people.”

He recounted the development schemes being initiated in Chagai district and other parts of Rakhshan Division.

Mr Hassani admired the efforts being taken by Jam Kamal and hoped that Balochistan would witness a positive change under the leadership of honest and hardworking incumbent Chief Minister, who knows the every aspect of each problem related to this province.