Consider me the ambassador of Quetta: Qasim Suri 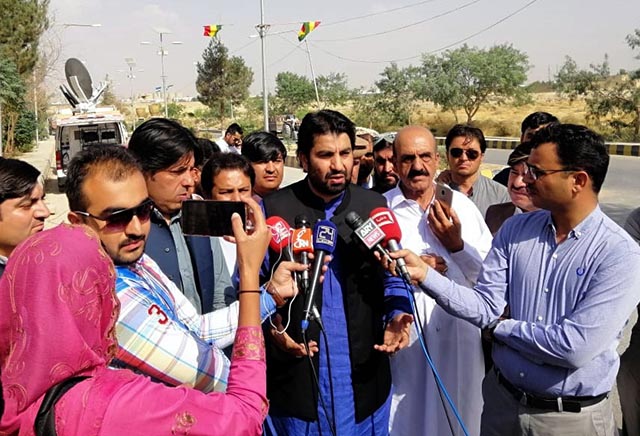 “People of Quetta stood with me after Blaochistan High Court judgement but we again emerged as triumph due to support rendered by people of Quetta which is my true home.” Deputy Speaker Qasim Khan Suri said while talking to media after landed at Quetta International Airport.

Suri returned to Quetta after being allowed to stay as Deputy Speaker of National Assembly by Supreme Court as Balochistan High Court disqualified him and called re-elections in NA-265 following 52k invalid votes.

Suri said, since being elected as MNA from Quetta, I have been raising issues pestering people of Quetta, he pledged to make sure basic facilities for people of the provincial capital.

“We should be proud on ourselves because we have been followers of a leader who is being recognized as vocal of Muslim Ummah.”