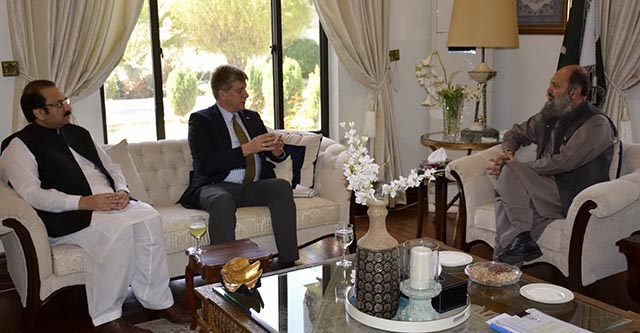 The delegation assured CM Balochistan that European Union seek to assist provincial government in livestock, agriculture and horticulture sectors while the meeting was agreed to enhance cooperation in various fields.

Jam Kamal informed the delegation that government of Balochistan has been digitalizing provincial livestock and agriculture sectors added government has been working in development schemes with less use of water,

“Progress underway on a mechanism to flourish flower nurseries in Ziarat in Quetta that would uplift provincial economy,”

Chief Minister further added that Government of Balochistan also informed the government has been planning to organize First Livestock Expo in Balochistan in the next month of this year. Basic purpose behind the Livestock Expo is to increase production of Halal meat and to enhance our Revenue.