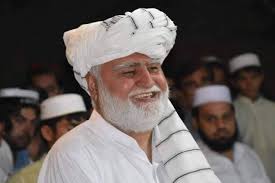 QUETTA: The Balochistan High Court (BHC) on Thursday granted protective bail to former Khyber Pakhtunkhwa (KP) chief minister (CM) and Jamiat Ulema-e-Islam (JUI-F) leader Akram Khan Durrani for 15 days.
A two-member bench comprising Justice Naeem Akhtar Afghan and Justice Hameedullah Baloch heard the petition of Akram Khan Durrani.
The BHC approved his request and granted the protective bail in three cases, including alleged corruption in the housing scheme and assets beyond means case.
After hearing in the Balochistan High Court, Akram Durrani said to the media that it would have been strange if a democratic Chief Minister of a province would made a statement of blocking any peaceful protest even before its happening. Calling it foolishness of CM KPK, Akram Durrani Warned, if any attempt was made to sabotage the peace full protest, he may be locked down in his own house by the workers of Jamiat.
About why he requested for a protective bail, former Chief Minister said that he was informed that he may be arrested by the NAB after reaching Islamabad airport, which is why he requested for a protective bail from the high Court of Balochistan.
He further said that Azaadi March of JUI cannot be stopped as head of the party has clearly given a deadline. “All the parties are supporting this march, which has clearly put the government in discomfort.
He claimed that the march is against the inflation, government policies as doctors, teachers, lawyers and readers in country are already at protest.
“Election of 25th July are unacceptable for all, which is why Imran Khan has been named selected, who can’t even live outside Pakistan’s embassy in United States during his visit as he may get arrested for some reason”, Akram Durrani said.
According to the National Accountability Bureau (NAB) notices, Durrani was directed to appear before investigation officer (IO) and deputy director Mohammad Adeel Akhtar in the Rawalpindi NAB office on Oct 7.
Reportedly, the accountability watchdog has ordered Durrani to present record and details of assets owned by him and his family members including wife and children.