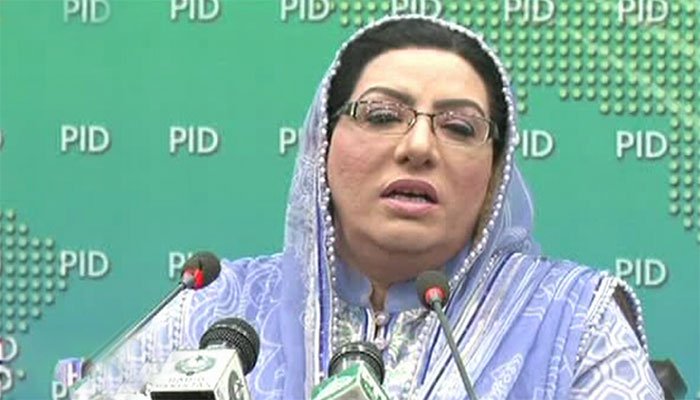 Taking to Twitter on Friday, Special Assistant to Prime Minister on Information and Broadcasting Dr Firdous Ashiq Awan clarified that the news regarding the meeting is not correct.

Sources said late on Thursday that PM Imran had met with a delegation of Taliban officials in Islamabad to discuss the Afghan peace process in detail.

A high-level delegation of Taliban Political Commission is in Pakistan to hold talks on the peace process stalled after President Donald Trump abruptly cancelled a scheduled meeting with them earlier this month after a bomb in Kabul killed an American soldier.

Firdous said that talks with the Taliban leaders at the Foreign Ministry was a good omen for reconciliation process.

She said that it was the proof that Pakistan has always played constructive role in creating conducive environment for world and regional peace.

She said that the meeting of Taliban delegation with Foreign Minister was part of the same process.

The SAPM expressed the hope that it would bear positive results soon.