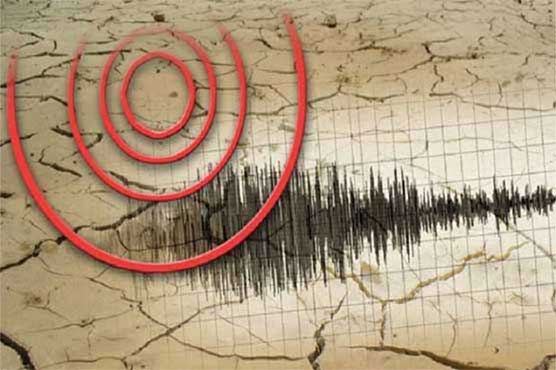 PESHAWAR: An earthquake rocked Khyber Pakhtunkhwa’s Peshawar and other adjoining areas on Wednesday.

PESHAWAR: An earthquake rocked Khyber Pakhtunkhwa’s Peshawar and other adjoining areas on Wednesday.

The magnitude of the earthquake was measured as 5.2 on the Richter scale. The quake struck at a depth of 180kms with epicenter lying at the Hindu Kush mountains.

Other parts of KP such as Mansehra, Battagram, Torghar, Kohistan also felt tremors.

The latest tremors came days after a series of earthquakes jolted the northern areas of the country.

At least one person died and two others were injured on Sunday when a house collapsed after brief tremors Mirpur and adjoining areas in Azad Jammu and Kashmir (AJK).

In the major earthquake since 2005, 37 people died, while more than 500 were wounded in Mirpur division.

The 5.8-magnitude earthquake struck at a shallow depth of 10 kilometers with its epicenter lying 1km southeast of Mirpur.