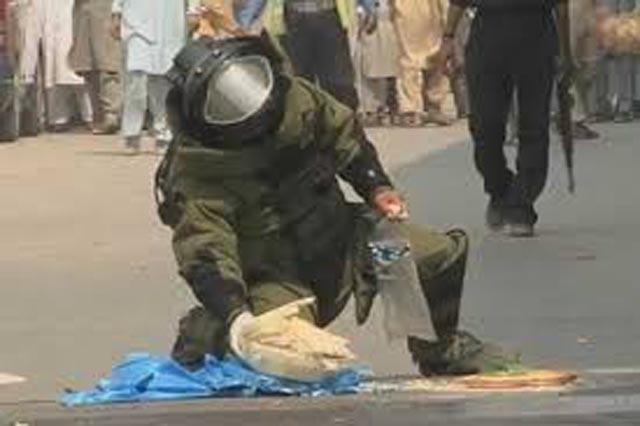 QUETTA: A 12-kilogram bomb planted on a road in Pishin on Wednesday has been defused successfully.

QUETTA: A 12-kilogram bomb planted on a road in Pishin on Wednesday has been defused successfully.

According to the Levies, the search operation was conducted after they received a tip-off that a bomb has been planted on Quetta Chaman Road in the Kakazai area of ​​Huramzai Tehsil.

Levies and FC personnel reached the scene immediately and surrounded the area after calling the bomb disposal squad. The squad was able to defuse the bomb before any damage could be caused.

According to BDS officials, the bomb was locally made and weighing around 12kg. The bomb also had ball bearings.

As per the initial investigations, the convoy of Haramzai Tehsildar was supposed to pass from where the bomb was planted.