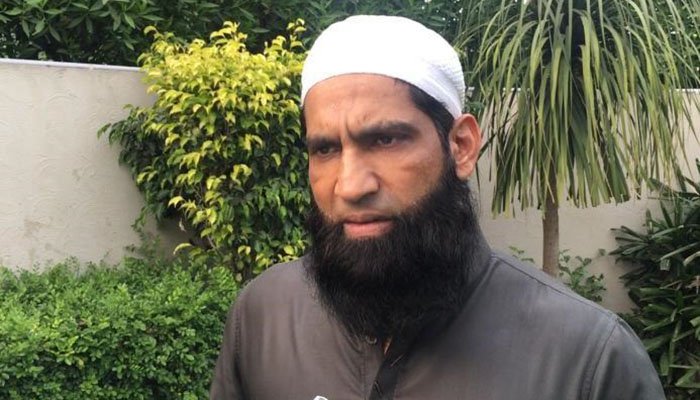 Batting great Mohammad Yousuf on Thursday threw more shade at Pakistan head coach and chief selector Misbahul Haq, alleging that his appointment was not based on merit and questioning how he would be able to spot first-class talent on the basis of “scorecards” alone.

Batting great Mohammad Yousuf on Thursday threw more shade at Pakistan head coach and chief selector Misbahul Haq, alleging that his appointment was not based on merit and questioning how he would be able to spot first-class talent on the basis of “scorecards” alone.

“The head coach will be with the national team then how would he be able to watch first-class players with his own eyes?” asked Yousuf, who had launched a separate attack on his former teammate earlier this month.

Yousuf again questioned the merit of Misbah’s appointment, saying that if merit alone was the criteria then “bowling coach Waqar Younis was a more qualified candidate for the head coaching gig.”

“I am appalled that how could Waqar Younis settle for the bowling coach’s role when on merit he should have been the head coach and chief selector.”

However, in the same breath, Yousuf, as he is known to do, also did not spare Waqar. “There is no doubt that he (Waqar Younis) was an extraordinary fast bowler but whenever he gets [an important] position his attitude changes,” he said.

“Abdul Razzaq, Shoaib Akhtar and Shahid Afridi can all corroborate this. Even others can, too, but they are young.”

“Waqar Younis will have to change this habit of his,” the outspoken former cricketer added.

Yousuf then got back to his main target, accusing Misbah of intentionally keeping Azhar Ali out of the ODI side when he was incharge.

He also appeared to support former Pakistan coach Mickey Arthur’s tacit allegation of betrayal by the members of the cricket committee, of which Misbah was a part. “Because he himself wanted the job, Misbah opposed the former coaching regime the most as a member of the committee. It is why I say that his appointment was not on merit.”

Yousuf welcomed the Sri Lankan cricket team’s arrival in Pakistan, saying that it would be good for Pakistan cricket even if the islanders are without a number of their key players.

He said that even Sri Lanka were at full strength, they had been no match for Pakistan. “This Sri Lankan team does not have a Muralitharan or a Sangakkara or a Jayawardene. Our team is a lot better than them.”