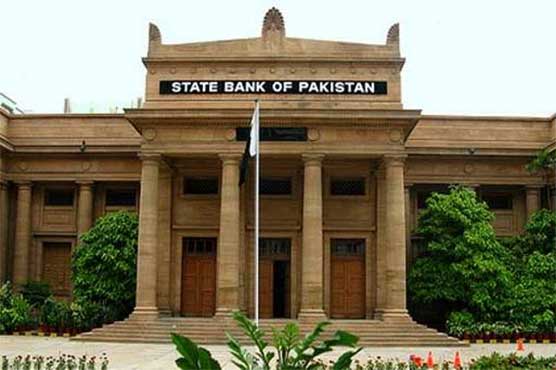 KARACHI: The central bank has slapped a huge Rs805 million penalties on 10 banks for flouting anti-money laundering and other regulations, as the economy is bracing up for the final review by a global financial watchdog till yearend, it was learnt on Friday.

KARACHI: The central bank has slapped a huge Rs805 million penalties on 10 banks for flouting anti-money laundering and other regulations, as the economy is bracing up for the final review by a global financial watchdog till yearend, it was learnt on Friday.

“Monetary penalty was imposed mainly on deficiencies in the areas of AML/CFT (anti-money laundering / combating the financing of terrorism),” the State Bank of Pakistan’s (SBP) said in a document, referring to a fine on Habib Bank Limited (HBL). The bank got the biggest monetary penalty of Rs320.08 million among all the banks. The SBP found violations in the areas of AML / CFT and consumer protection.

“The bank (HBL) has been advised timelines to bring improvements in its systems / controls to avoid recurrence of such lapses / violations in future,” the SBP said.

Another major bank MCB Bank also elicited penalties for the same violations and unwarranted asset quality. The bank was fined Rs159.152 million. The SBP advised timelines to the bank to improve its know-your-customer (KYC) / customer due diligence processes and integrate electronic KYC system with the core banking system. The SBP slapped Rs77.974 million penalties on Dubai Islamic Bank for deficiencies in AML / CFT. It asked the bank to rectify the operational lapses and improve the control environment to avoid recurrence of violations and lapses.

JS Bank was the fourth in terms of fine amount with Rs70.307 million. The penalty was slapped on deficiencies in customer due diligence process, mis-utilisation of loans and non-classification of loans. The State Bank asked the bank to timely update customer profiles and properly document the reasons of large value transactions. Silk Bank was fined Rs53.879 million on violation of non-surrendering of unclaimed deposits, non-classification of loans and adjustment lending. It was asked to classify advances and create provision there against and conduct internal inquiry on some of high value cash transactions and take action. The SBP imposed monetary penalty of Rs52.795 on Bank Alfalah as the bank was found violating foreign exchange regulations, such as restrictions to remit import advance payments, export documentation and non-submission of documents against advance payments.

The SBP further imposed Rs15.088 million penalty on Sindh Bank on deficiencies in customer due diligence and imprudent lending practices, and non-classification of loans. “In view of the strategic deficiencies in transaction monitoring system (TMS) and name screening process, the bank has been advised an action plan / timelines for replacement of their existing TMS and acquiring of name screening solution,” it said.

Summit Bank was fined Rs13.072 million and Habib Metropolitan Bank was imposed penalty of Rs10 million on a violation of foreign exchange regulations relating to splitting of the import advance payments into smaller transactions.