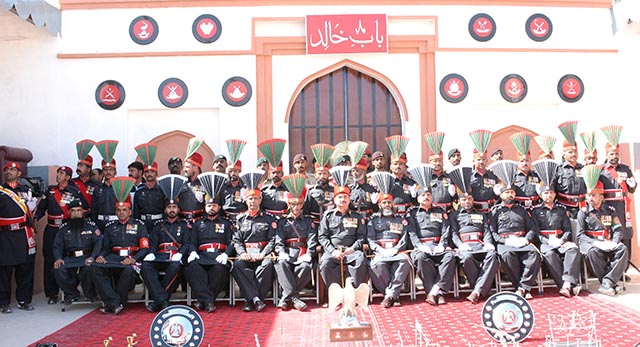 “The paramilitary force has been battling with terrorists as well as cowing down drugs traffickers across the province destroying provincial youth with menace of drugs addiction.” Major General Fayaz Hussain Shah said while addressing 63rd passing-out parade of Fis1 recruits in Loralai.

Paying homage to the martyrs of FC Balochistan he said, the force has rendered colossal sacrifice in war against terrorism vowed to eliminate terrorism from Balochistan.

“FC Balochistan has been protecting provincial borders with Iran and Afghanistan while the force has been imparting assistance in educational and health development.” IG FC Balochistan added.

He stressed upon parents to educate their children added without education we can’t fulfill our dream of a brighter and developed Balochistan.

He distributed awards and shields among recruits performed well during their training course.