Efforts afoot for development of tourism and arts in Balochistan 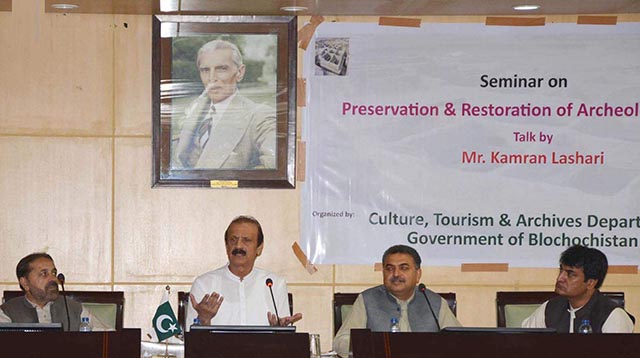 Secretary Tourism, Sport and Culture Zafar Ali Buledi said, government of Balochistan has been utilizing all resources to foster tourism and culture in Balochistan while province’s first museum to be constructed in physical year,

“Planning and mechanism have been finalized in order to protect the civilization of Mehar Garh, Chakar Qilla Sibi, Meri Kalat Kech, Shahi Tump and Chokandi graveyard.” Zafar Buledi said added social assistance of artists in Balochistan have been commenced.

He stressed upon events in Balochistan to aware provincial youth regarding importance and history of provincial archaeological monuments.