Sindh Assembly leads in most working days, KP in most bills passed 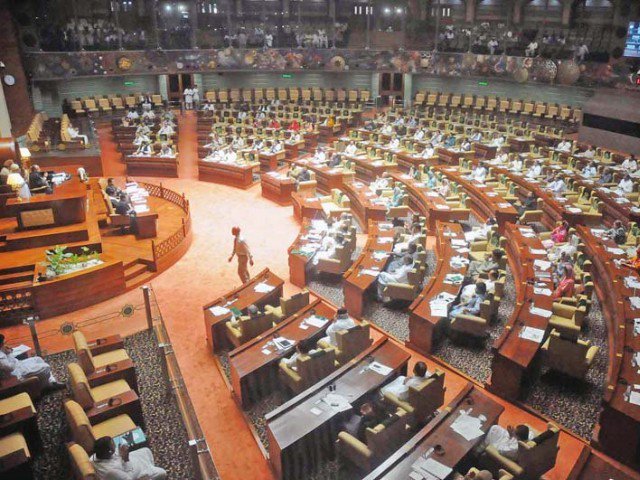 According to a comparative analysis released by Pakistan Institute of Legislative Development and Transparency (Pildat) on the performance of the four provincial assemblies, Sindh Assembly leads the other provincial assemblies with a total of 303 working hours during 2018-19, followed by Punjab Assembly of Punjab with 77 working days.

The Punjab Assembly sits at third with 17 legislations passed, while the Sindh Assembly passed 12 bills during the first year.

In the list of opposition leaders with the highest attendance, Leader of the Opposition in Balochistan Assembly Malik Sikandar Khan leads with an attendance percentage of 80.30 per cent. He attended 41 out of 51 sittings of the assembly.

Punjab opposition leader Hamza Shehbaz had the lowest attendance at 25.97 per cent of all the four leaders of the opposition, attending 20 out of 77 sittings of the Punjab Assembly during the first year.

Syed Firdous Shamim Naqvi attended 67 out of 91 sittings of the Sindh Assembly, while KP’s Akram Khan Durrani was present for 44 sittings.