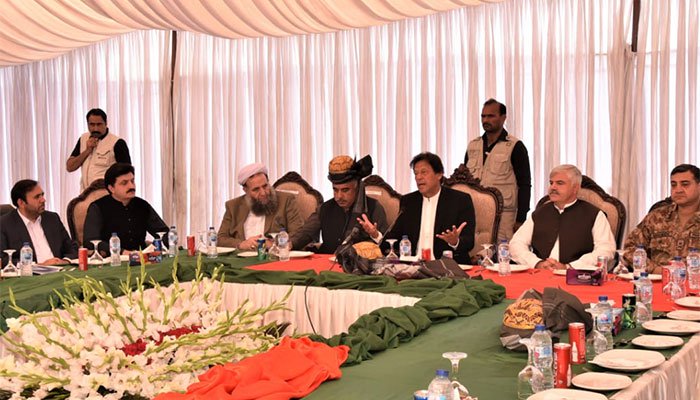 The prime minister said this shortly after State Bank of Pakistan announced that Pakistan’s current account deficit had fallen by a massive 73 per cent to $579 million in July, the first month of this fiscal year, as compared to $2.13 billion in the same period of last year.

PM Imran Khan called it a great achievement for his administration.

In a tweet sent out to his 10.2 million followers, the prime minister said the Pakistan Tehreek-e-Insaf (PTI) government’s consistent focus was on “reducing external imbalances by reducing imports and increasing exports and remittances”, and that this strategy was “bearing fruit”.

The whopping 72.81 percent reduction in the current account deficit came on the back of a 10 percent jump in exports and a decline in imports, and followed the government’s $6 billion bailout agreement with the International Monetary Fund earlier this year.

Remittances from overseas Pakistanis stood at $2.03 billion in July, compared to $1.98 billion in the same month last year.

The government has set eyes on limiting the CAD at $6.5 billion for the ongoing fiscal year, as per the requirements of the IMF, compared to the $13.5 billion deficit that was witnessed in the previous fiscal year.