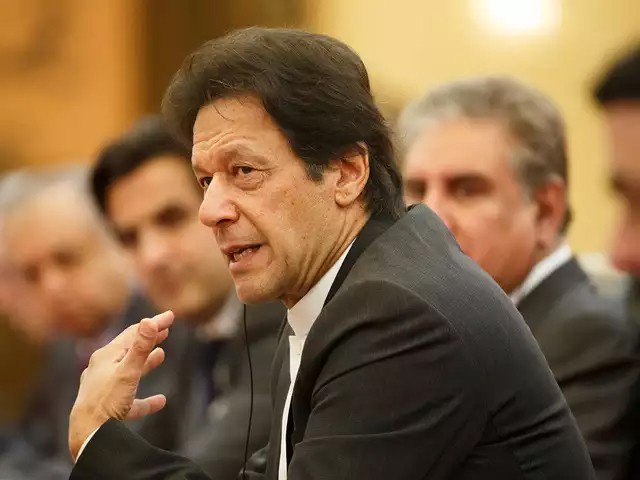 The ruling Pakistan Tehreek-e-Insaf (PTI) has decided to give a severe response to Modi over India’s invasion and control of occupied Kashmir, as well as its atrocities on the Kashmiri folks, on an international level.

According to a notification issued by the PTI, there would be a protest when the Indian prime minister travels to the United States and, in this regard, PM Imran has issued directives to his party’s international chapters.

PM Imran further said the PTI’s New York chapter should move to bring together the community against India’s aggression in occupied Kashmir and human rights organisations.

India had no right to illegally occupy Kashmir, especially considering the United Nations Security Council’s (UNSC) resolutions and bilateral agreements, PM Imran added, noting that as the ambassador for the occupied Muslim-majority, Himalayan region, he would raise the people’s voice on every forum around the world.

As of Wednesday, the curfew and lockdown in occupied Kashmir had entered a 17th consecutive day since India removed the territory’s special status earlier this month, with Indian troops martyring four Kashmiris in the region’s Baramulla district.

A day earlier, the Indian occupying forces detained 30 people overnight in Srinagar in a bid to control protests.

The Kashmiris have demonstrated frequently in the city despite a severe clampdown on phone and Internet services, coupled with a ban on public gatherings and detentions of hundreds of political leaders and separatists.