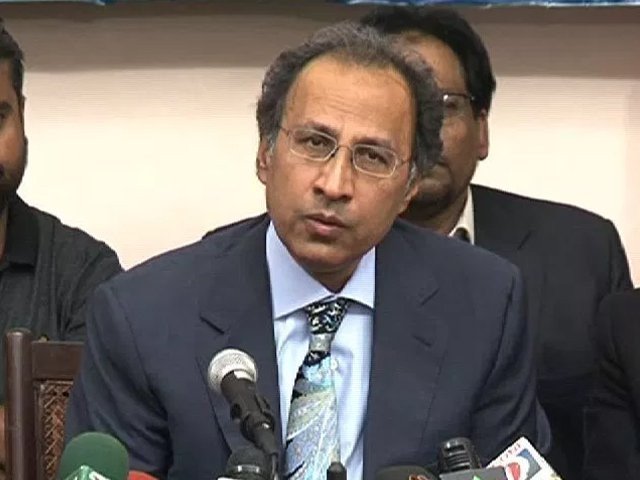 ISLAMABAD: The federal government has restructured its short-term domestic debt by quietly issuing long-term Pakistan Investment Bonds (PIBs) to the central bank, dramatically increasing the share of long-term debt to Rs15.3 trillion or 74% of the total domestic debt.

ISLAMABAD: The federal government has restructured its short-term domestic debt by quietly issuing long-term Pakistan Investment Bonds (PIBs) to the central bank, dramatically increasing the share of long-term debt to Rs15.3 trillion or 74% of the total domestic debt.

The conversion of federal government’s short-term borrowings from the central bank into long-term debt instruments took place under a condition of the International Monetary Fund (IMF). These bonds were not issued through an auction and instead the government gave these long-term instruments to the State Bank of Pakistan (SBP).

The restructuring exercise will reduce refinancing risks for the government and its growing dependence on commercial banks but it will, in the short term, increase the debt servicing cost.

The central government debt bulletin that the SBP released on Friday showed that the debt contracted through the PIBs increased from Rs3.4 trillion in June 2018 to Rs10.9 trillion at the end of last fiscal year. There was an increase of Rs7.6 trillion or 221% in the PIBs debt, showed the bulletin.

However, during this period, the central bank had auctioned only Rs850 billion worth of PIBs.

Consequently, the short-term debt that was Rs8.9 trillion or 54% in June 2018 dropped to Rs5.5 trillion or just 26% of the total domestic debt of Rs20.7 trillion, according to the SBP data.

Overall, the central government’s total debt surged to Rs31.8 trillion with net addition of Rs7.6 trillion from July through June of the last fiscal year, reported the SBP.

The central government’s debt increased at an alarming pace of 31.3% due to a shortfall in tax collection, uncontrolled expenditures on debt servicing and defence, and depreciation of the currency.

In the last fiscal year, the federal government’s borrowings from the central bank surged to Rs7.76 trillion due to prevailing uncertainty on the economic front, commercial banks’ refusal to invest in long-term papers and delay in finalisation of the IMF deal.

As part of the IMF deal, Pakistan then agreed to restructure its domestic debt. But it did not offload the short-term debt in the secondary market and instead just changed the debt instrument with the central bank from Market Treasury Bills (MTBs) to PIBs.

“The government cannot issue long-term debt instruments to the central bank and it is a serious violation of the system,” said Dr Hafiz Pasha, former finance minister and Pakistan’s eminent economist.

The conversion was real but it was an accounting exercise, said a finance ministry official. He said that about Rs5.4 trillion of the Rs7.7 trillion SBP’s short-term debt has been converted into 10-year floating PIBs at end-June interest rate of around 13.5%.

The cost of borrowing is expected to come down in the longer term once the central bank starts cutting interest rate, at least after one year.

Another 15% of the short-term debt has been converted into fixed five-year PIBs and about 10% into three-year fixed PIBs. For the remaining Rs570 billion, the treasury bills were issued.

After restructuring of the domestic debt, the next step is to amend the SBP Act of 1956 that, according to the IMF, will support debt sustainability, reduce the government’s interest bill and avoid crowding out of private credit. These amendments are claimed to address issues such as operational independence and governance, SBP governor’s tenure, and financial autonomy and accountability.

The amendments would ensure price stability as the SBP’s primary objective and prohibit any form of direct credit to the government, stated the IMF in its staff report.

The IMF has placed a condition that these amendments will be submitted to parliament by the end of December 2019. However, the chances for early approval are not very high due to the dominance of opposition parties in the Senate.

This fiscal dominance has greatly compromised the SBP’s operational independence, jeopardising the achievement of inflation objective, noted the IMF in its staff-level report.

Pakistan has committed to refrain from any new direct financing of the budget by the SBP throughout the three-year and three-month programme period. The other key condition is to reduce the SBP stock of net government budgetary borrowing.

For the current fiscal year, the Ministry of Finance got approval of the National Assembly for the highest-ever borrowing of Rs43.5 trillion in a single year to repay domestic and foreign debt and pay interest on these loans.

The Rs43.5 trillion is more than the total size of the federal budget for 2019-20 at Rs7 trillion. The difference is because the government does not book loans taken for repayment of domestic and foreign loans in the budget. These transactions are settled outside the budget.

The central bank borrows the money on behalf of the federal government from commercial banks. But from the next fiscal year due to this restructuring exercise, the Rs43 trillion borrowing would come down significantly.