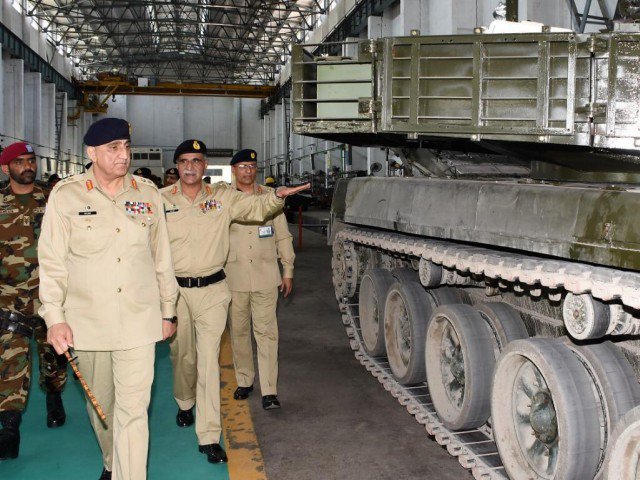 According to the military’s media wing, the project took eight months to complete, and the plant is equipped with silver catalyst technology to reduce production cost.

The army chief also visited POF display centre where new defence products were on show. He appreciated the achievements of the Factory’s Research and Development Department.

Gen Qamar stressed upon the management of POF to adopt proactive approach for entering into joint ventures with foreign countries as well as the private sector.

He also called for the management to diversify its product range.

The army chief was shown defence manufacturing facilities including upgradations of various tanks.

He appreciated the efforts and contributions of POF and HIT in manufacturing defense and security equipment at par with international standards to make Pakistan’s defence capability robust and self-reliant.