PDMA Balochistan well ahead of other provinces in responding to disasters 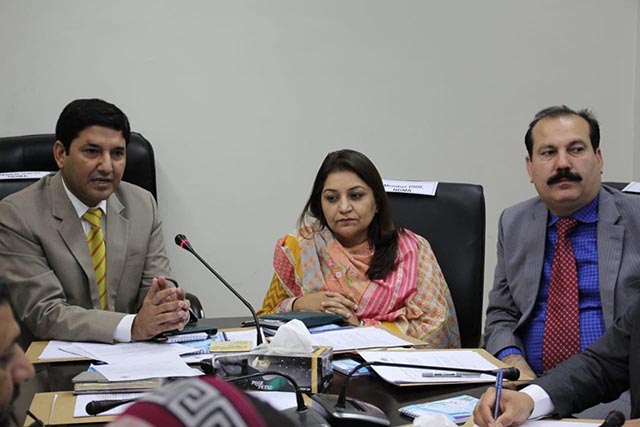 He commended DG PDMA for his leadership and his efforts for women and children in Balochistan,PDMA Balochistan has also notified a Gender and Child Working Group for drought response which is led by PDMA Balochistan and co chaired by UNFPA & UNICEF, the main objective of this working group is to have all stakeholders on board with the provincial progress and ensure support for effective and timely multi-sectoral prevention, mitigation and response protection services to women and children in drought affected areas in Balochistan.

The Federal Cabinet in its meeting held on April 30th, 2019 approved the Drought Response Plan 2019. The meeting was organized in order to chalk out a way forward to implement the subject plan and to address the needs and concerns of women and children in drought response. Key representatives from Punjab, Balochistan, Sindh, KPK and ICT from various Govt. Ministries and Departments, members of the GBV, Protection cluster partners, UN agencies and NGOs, who are active in humanitarian preparedness and response and in capacity to influence humanitarian programming, policy development in the field participated in the meeting.

Drought has the greatest potential impact on vulnerable groups, affecting large geographical areas. Various studies and reports highlight significant gaps and challenges in women and child protection that prevail in the affected areas due to deeply rooted cultural and social norms, weak law enforcement, limited services and institutional capacities to deliver adequate preventive and response services. Hence women and children are identified as one of the key response priorities along with food security and agriculture, nutrition, health, water, sanitation and hygiene (WASH) and education.

To address the issue, NDMA in collaboration with PDMAs Sindh, Balochistan, other relevant line departments and UN partners, organized the women and child protection working group meeting. NDMA has played a vital role in all emergencies in Pakistan, before, during and after disasters and has effectively responded to humanitarian needs whenever required.