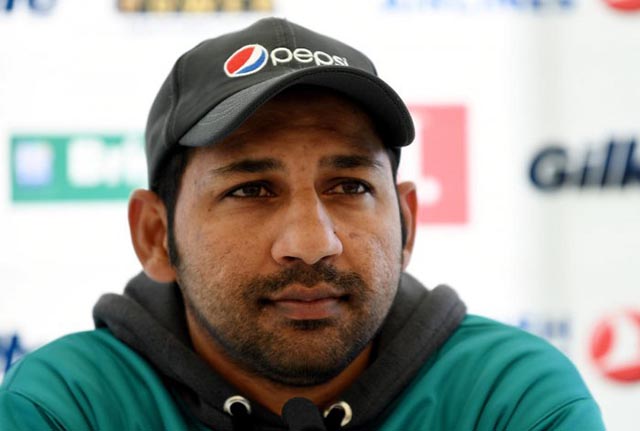 TAUNTON: Pakistan has always complained they get pitches at ICC events which normally don’t suit their game.

TAUNTON: Pakistan has always complained they get pitches at ICC events which normally don’t suit their game.

They were in the same mode again after having taken a long, hard look at Taunton County Ground’s green top here on Monday.

Pakistan meet pace-heavy Australia in a key World Cup clash here on Wednesday after their previous game against Sri Lanka was washed out last Friday.

His displeasure grew after watching old foes India hammering Australia on a batting wicket at the Oval in London.

“The captain has been wondering as to why the Indians always get wickets which are good for batting and also suitable for spinners. Such wickets suit Asian teams. However, the Pakistan team is almost always made to play on more challenging surfaces in ICC events like the one at Taunton,” said a source close to Sarfraz.

The fresh wicket at Taunton had a lot of grass on it on Monday. Players and team officials who took a close look at the surface were convinced that it will have sufficient bounce for fast bowlers.

It’s certainly worrying news for the Pakistanis, who were bounced out for a mere 105 by West Indies in an embarrassing seven-wicket defeat in their opening World Cup at Trent Bridge last week.

The Australians were hammered for 352 runs by the Indians at The Oval on Sunday but their attack could be far more effective here in Taunton where overcast skies and wet weather will most likely greet the two teams on Wednesday.

The pace quartet could pose serious problems for the Pakistanis, whose weakness facing the short ball was fully exploited by the Windies in Nottingham.

But ask Azhar Mahmood, Pakistan’s bowling coach, and he would tell you that the national team isn’t worried.

“What happened against the West Indies was one-off,” he told ‘The News’ here at County Ground on Monday. “We have long recovered from that setback. You must have seen how our players dealt with short-pitched deliveries bowled by England. The victory against them has boosted us and I’m sure that our batsmen will give their best against Australia as well,” he added.

Asked to comment on the wicket and whether Pakistan were unhappy with the fact that it has plenty of grass on it, Azhar stressed that there wasn’t anything to worry about the surface.

“Yes, there is some grass on it but we are still two days away from the game,” said the former Pakistan Test all-rounder.

Azhar, who has a rich experience of playing county cricket in England, believes looks can be deceptive. He is of the view that Taunton wicket will most likely produce a high-scoring game.

“The wicket here is normally good for batting and this one shouldn’t be much different,” he said. “I would say that this will be a 300-run wicket.”