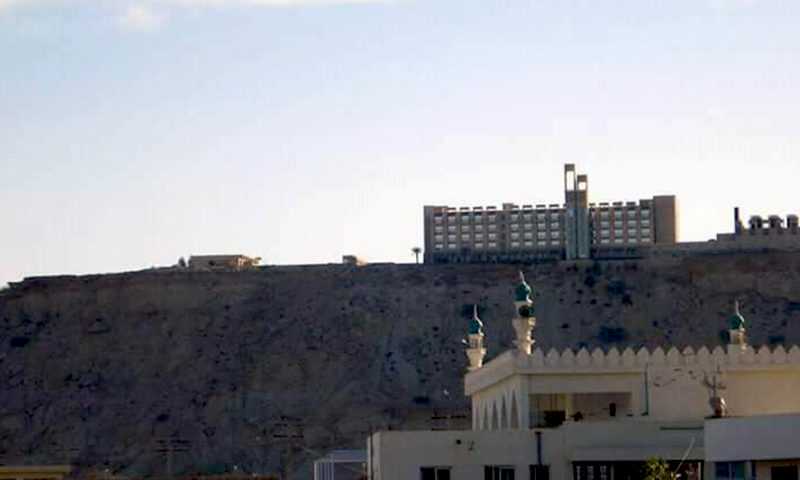 QUETTA: Security forces on Saturday thwarted a terrorist attack on a five-star hotel in the port city of Gwadar, Balochistan. They evacuated all the guests from the hotel, while the operation is still going on to either capture the militants or neutralise them, official sources said.

QUETTA: Security forces on Saturday thwarted a terrorist attack on a five-star hotel in the port city of Gwadar, Balochistan. They evacuated all the guests from the hotel, while the operation is still going on to either capture the militants or neutralise them, official sources said.

Three security guards killed and four other people injured in the militant attack at PC hotel Gwadar. “Three bodies of security guards brought to Gwadar Development Authority hospital.” Col. A Habib, Chief Executive of the GDA hospital said, he added that four people injured in the attack that include two security personnel. Meanwhile, the hotel could not clear so far as clearance operation is continuing till late night. Some reports say that the two of the attackers have been killed but there is no official confirmation so far.

The Balochistan Home Minister, Mir Ziaullah Langove has confirmed the attack and said that some two security guard and people have been injured in the attack.
The banned Baloch Librations Army Majeed brigade has claimed the responsibility of the attack on five-star hotel in Gwadar.
According to sources, three terrorists attempt forced entry in PC hotel Gwadar in the afternoon. The security guard deployed at the entrance of the main hotel building challenged them on which the armed terrorists opened fire on PC security guard who embrace Shahadat.
Security forces soon after receiving information rushed to the PC Hotel and cordoned off the entire area and safely evacuated the people present in the hotel. “militants encircled by security forces in staircase leading to top floor,” the ISPR statement said adding that the clearance operation in progress.
Sources said that the armed men entered in the hotel promises around 5 PM and after that they started firing. The Navy commandos, army and FC troops rushed the site and launched operation.
Navy helicopters also reached on the top of hotel roof to check the armed men movement.
Official sources said that security forces after reaching at the hotel evacuated the people in the hotel. They denied the rumors about the presence of Chances and other foreigners in the hotel.
“There was no foreigner staying in the hotel when armed men launched attack,” Home Minister Ziaullah Langove said.
A senior Police officer also confirmed that there was no guest in the hotel. “Only local staff of the hotel was present in the hotel,” Aslam Bangulzai said, adding that the staff was also evacuated safely by the security force.
Security officials said that the security forces after taking the control of the hotel cleared the first floor of the hotel where the armed men spoiled after the attack. “The terrorists were confined at a portion of the hotel where exchange of fire is continued with small interval.
Meanwhile, reports reaching here suggesting that the security forces were still busy in clearance of the hotel as the armed terrorist were still present in the hotel. “Clearance operation is continue.” Official sources said.
Mohammad Aslam, the on-duty officer in Gwadar, said ambulances and rescue officers were waiting at a road leading to the hotel, and that he could hear gunfire but that the operation was coming to an end.
A spokesman for banned Baloch Liberation Army (BLA) Majeed brigade, Jeiand Baloch has claimed the responsibility of the attack and said, “We accept the responsibility of attack on PC hotel. He also released the picture of four attackers and identified them as Hammal Fateh Baloch alias Habib, Asad Baloch alias Mehrab, Munseeb Baloch alias Kareem and Kochkol Baloch alias Commando.